Sunday lunch is my absolute favourite meal in the whole world. I could eat it every day if you’d let me. Sadly I don’t get to eat them as much as I’d like, brace yourself, Kris isn’t a fan! I can tell you’re all clutching your chests and gasping in horror, and I don’t blame you. Why I agreed to marry this man is beyond me. I mean, I suppose he has some good qualities, he hoovers the stairs because he knows I hate it and he does endure my love of bad horror films but I really need to get him on side. Team Sunday Roast FTW!

Thankfully we’ve come to an agreement, I get a Sunday lunch every second week and he gets to pick the other days. That means every second Sunday I eat burgers, I guess there’s worse things. 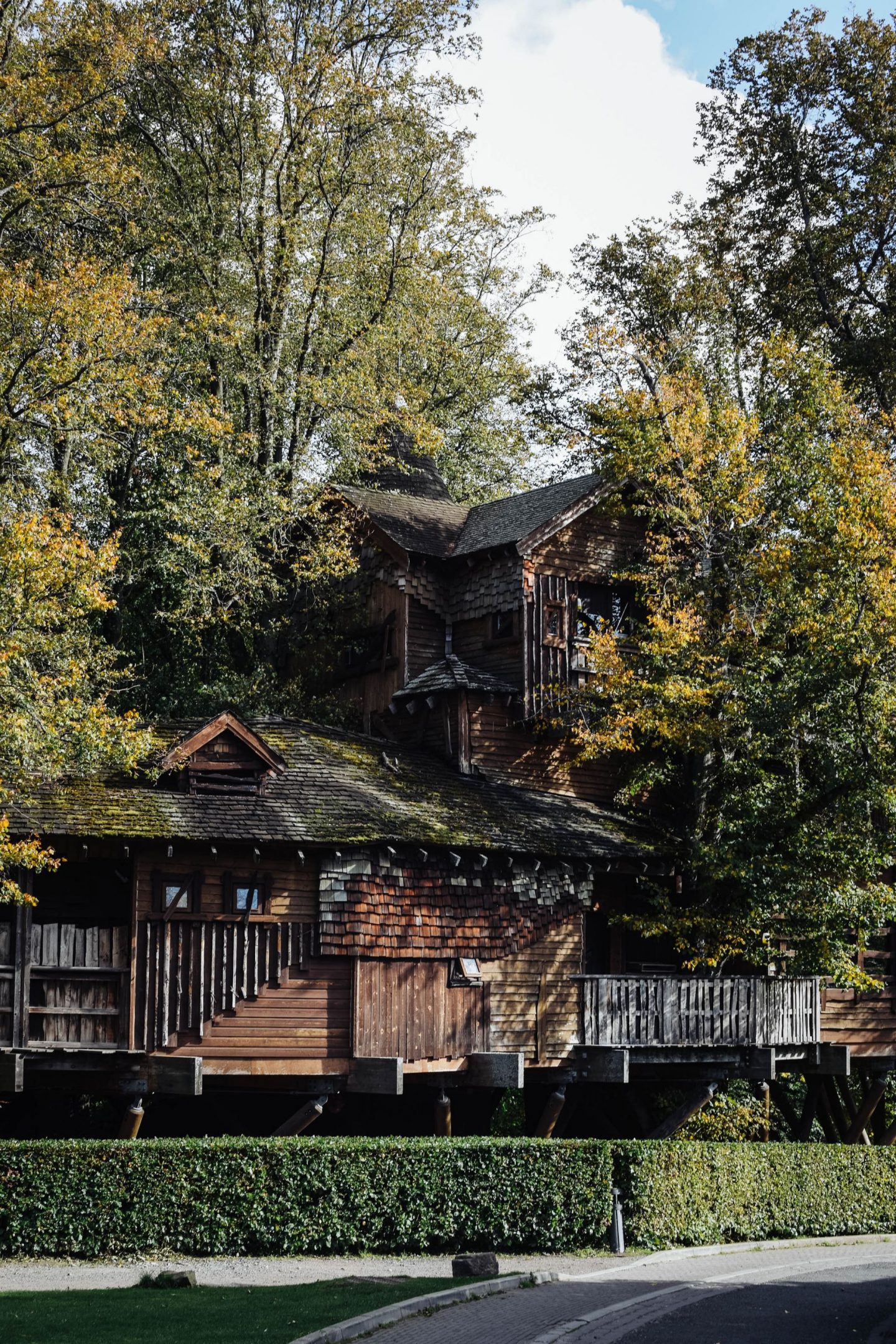 Does anyone else have a bucket list of Sunday lunches to try? Surely it’s not just me! Somewhere near the top of the list, languishing for a while was The Treehouse Restaurant situated within the famous Alnwick Gardens. It’s somewhere I’ve always wanted to go but the waiting list was constantly weeks long. I hate commitment, I’m a fly by the seat of my pants kind of girl, and when I’ve had something in my diary for weeks the child inside me rebels. It becomes a chore rather than a treat, I’m aware of how stupid that sounds but it’s the way my silly mind works. Forever the petulant big sister. 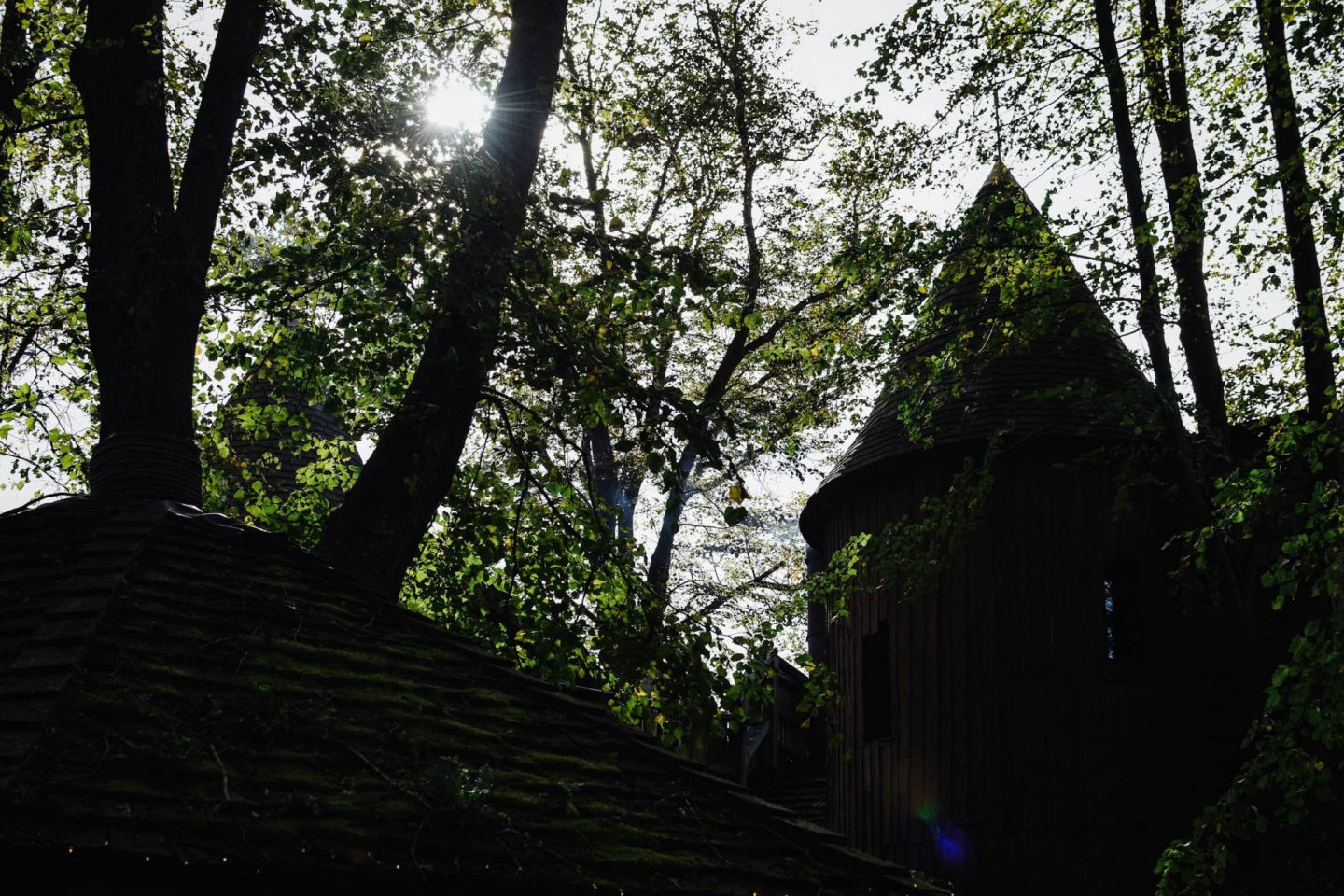 After months of calling the restaurant on the day, I just decided to bite the bullet and stick a date in the diary. I had to wait four weeks but screw it, I guess it’ll have to do.  Was the food worth the wait? I’m not sure it was… 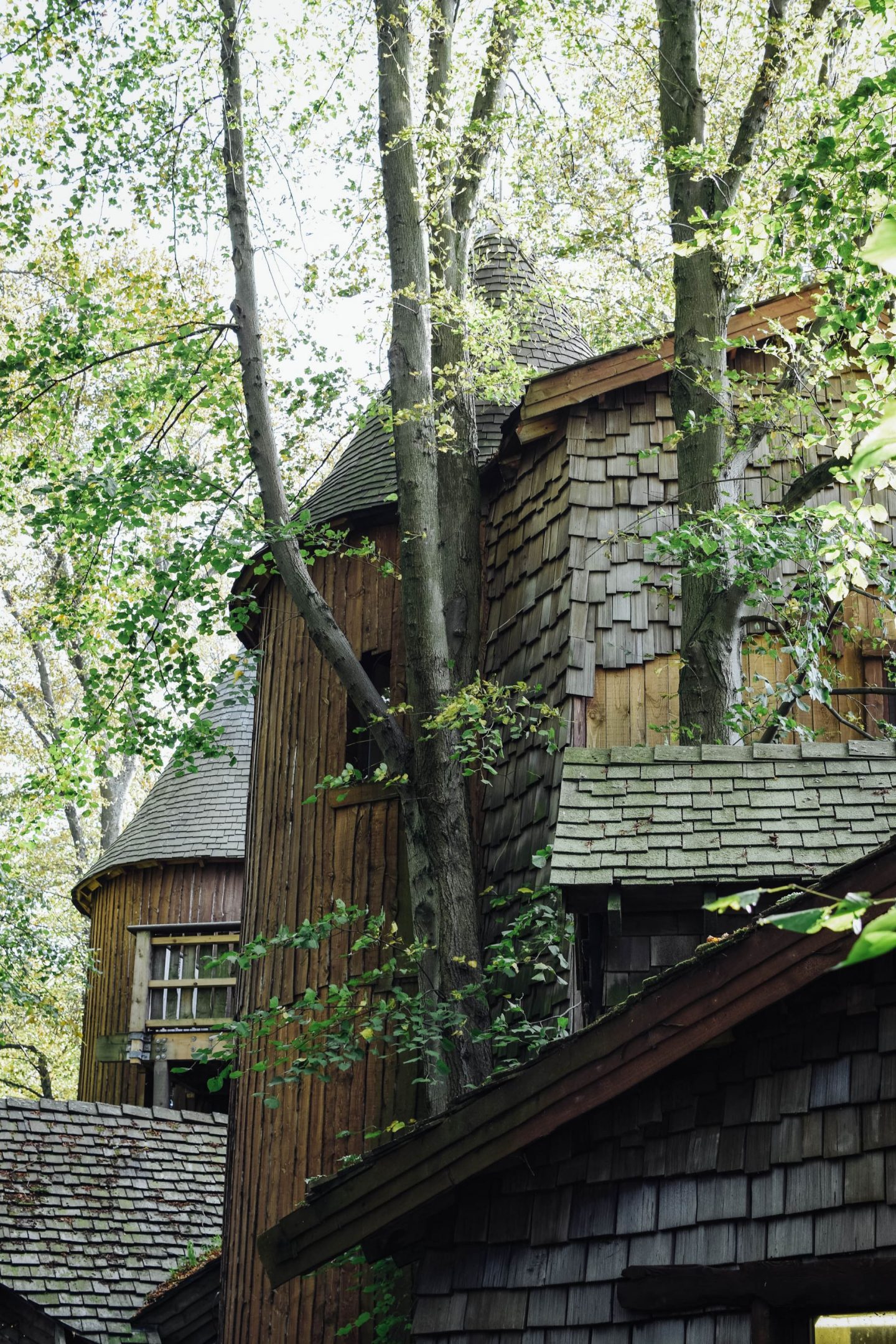 We arrived at the beautiful Treehouse restaurant, spending some time admiring the structure before making our way inside. It really is the most beautifully whimsical place, built around a tangle of lime trees the restaurant hangs majestically within the branches. We were warmly welcomed and shown to our rustic table complete with towering wooden chairs, fit for a princess. The higgledy piggledy feel to the place just add to its charm, the high windows and roaring fires make you feel like you’re in a Harry Potter movie. Which is why I think it’s so popular with young families. 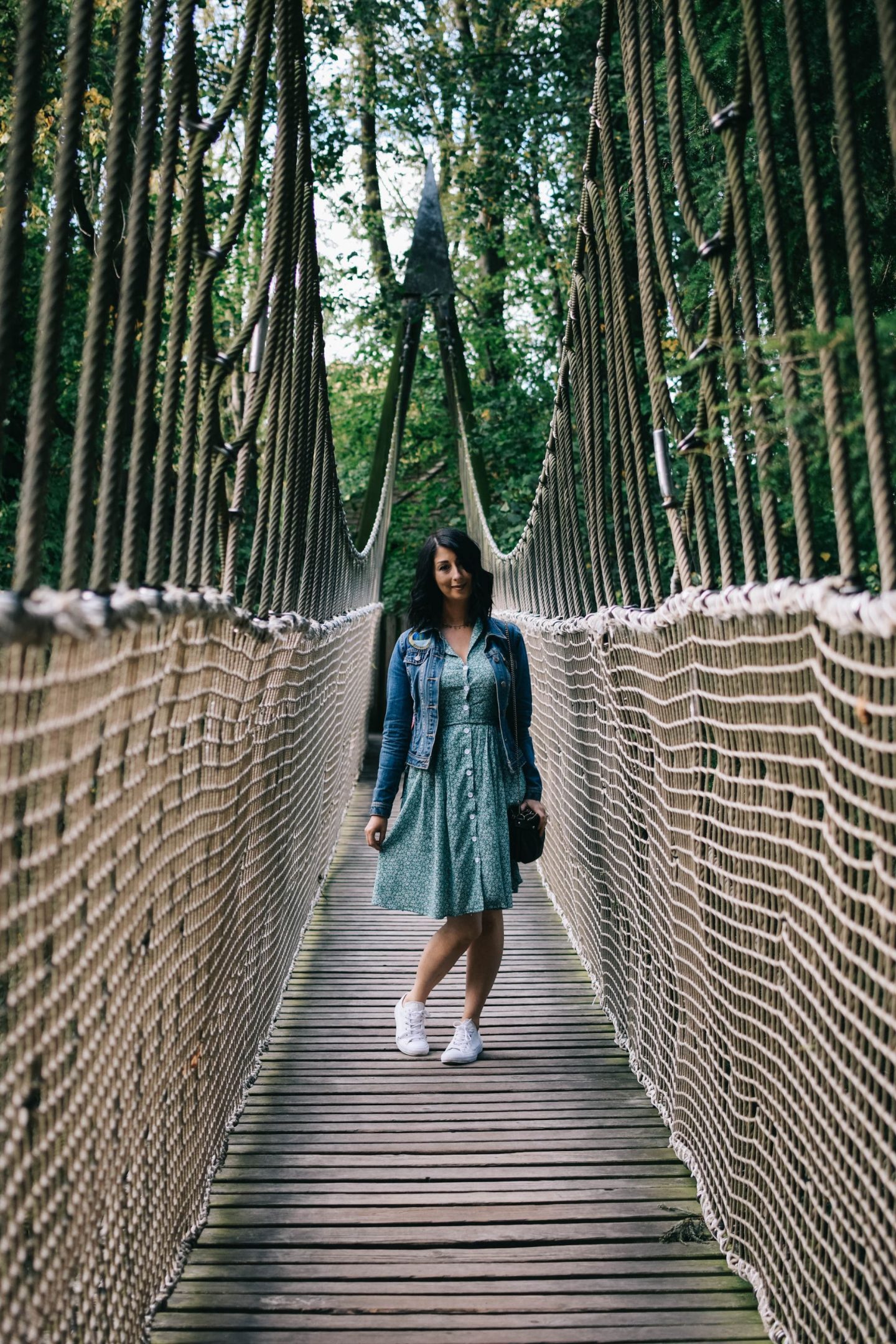 We perused the short but perfectly formed menu, Sunday lunch runs at £22.95 for two courses and £27.95 for three courses, placing it on the pricier side of Sunday lunch but I was so enamoured by my surroundings I barely paid heed to the cost.

We decided to skip the starters, as much as I’d like to think I can manage three courses I rarely can and often have to tap out at dessert. I went with the roast beef dinner while Kris, the Sunday lunch avoider chose the locally made sausages, mash and caramalised onions. 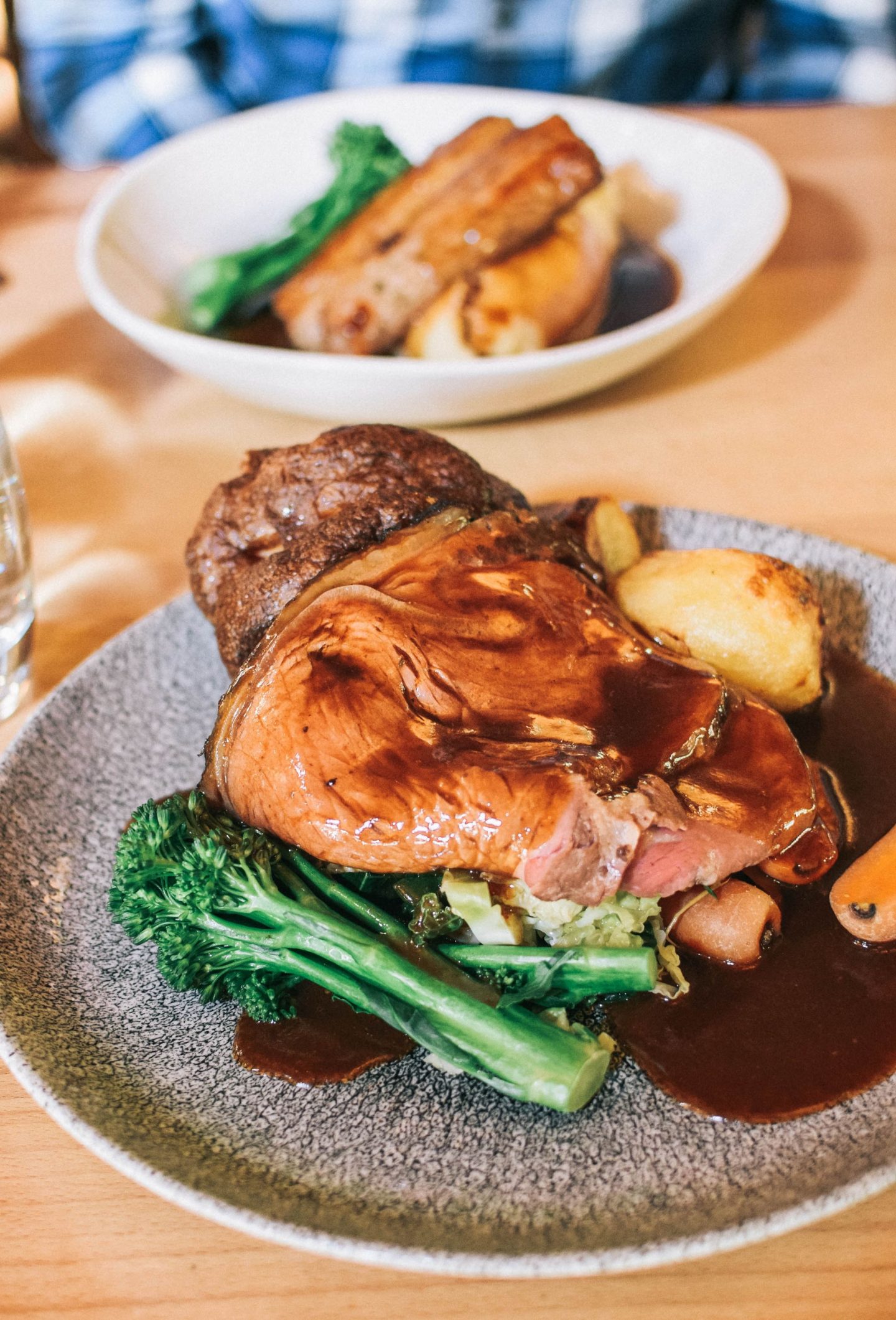 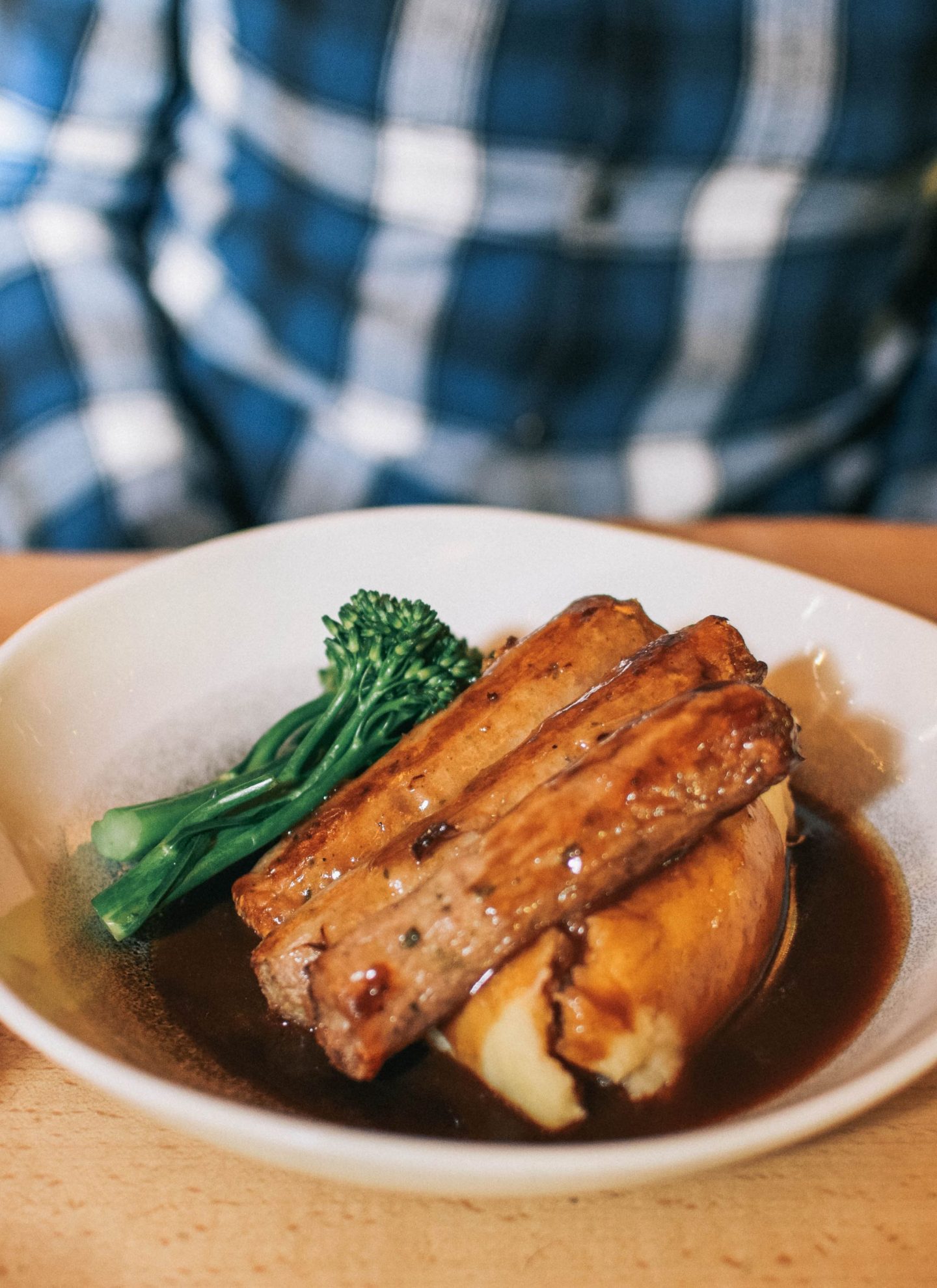 Our meals came fairly quickly considering how busy they were, I have to say that my roast certainly looked the part. I ordered an extra jug of gravy because you can never have enough gravy, which was brought instantly. I tucked into my heaving plate and my heart dropped, it was bland, lacking seasoning in the gravy and potatoes. I was so disappointed. As someone who almost never reaches for the salt cellar, I had to add a considerable amount of salt and pepper to my meal to make it palatable. I looked across at Kris and could tell by his face that he thought the same. Bless his heart, he never likes to tell me the food is sub par when I’m paying for a nice meal but his face said it all. He sheepishly reached for the salt and emptied a fair amount onto his meal. Oh no.

Another thing which was disappointing was his sausage and mash came with the same gravy as the Sunday lunch, rather than the caramalised onion which was offered. We didn’t realise until after we’d cleared our plates or I would have mentioned it to our server.

We ordered some desserts, hoping that this could redeem a meal which was clearly going to end up costing upwards of £60. I chose the lemon curd with sponge and meringue and Kris went for the cheese board. 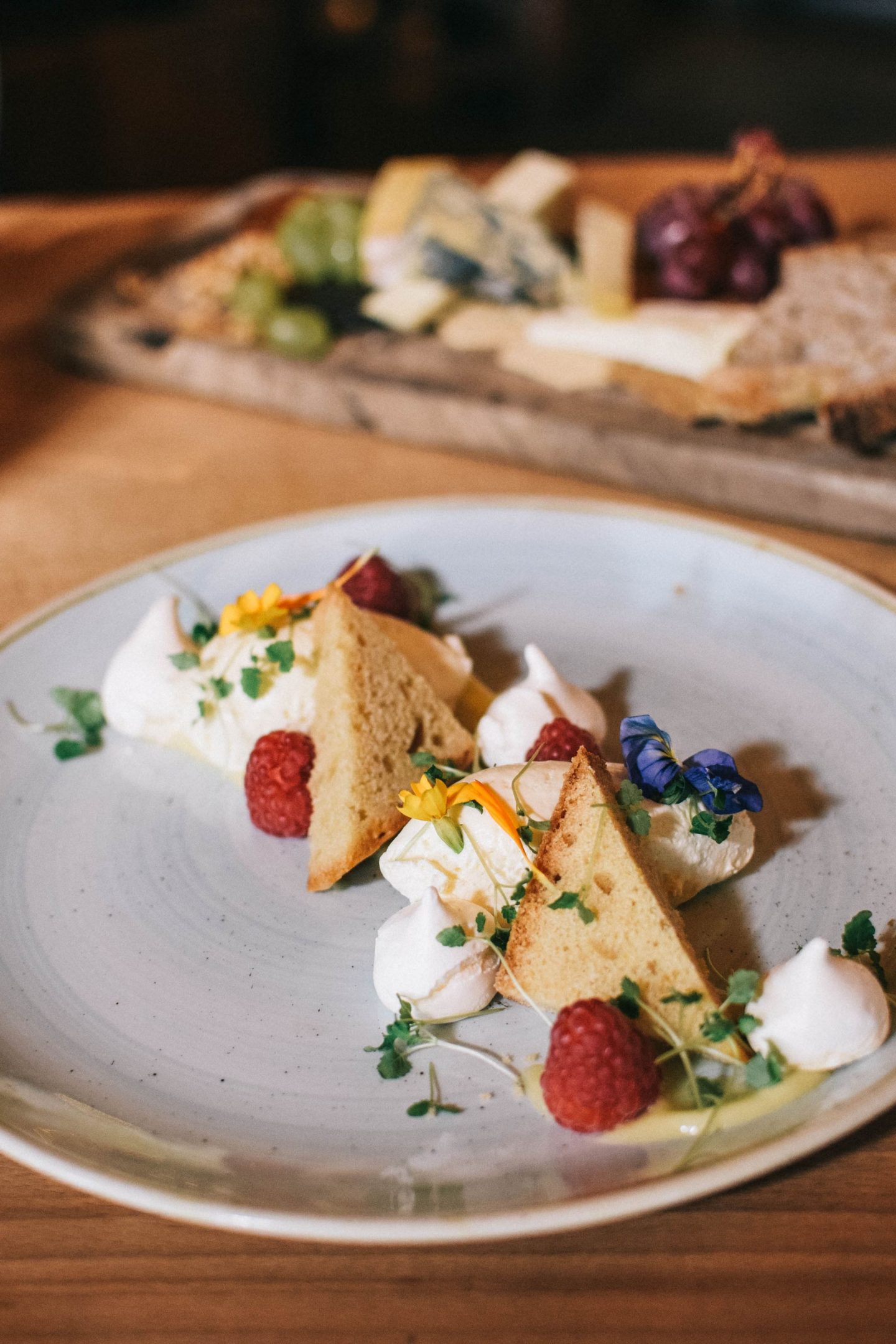 My lemon curd dessert could have done with, well, more lemon curd but it was delicious. I could hardly bring myself to dig in, it looked so pretty sat on my plate. A perfectly instagramable plate of food.

Kris’ cheeseboard was equally delicious. An excellent variety of cheeses with plenty of bread and crackers to load up. I’m pretty sure it included my personal favourite cheese, Admiral Collingwood, a sharp local cheese from Doddington Dairy which is washed in Brown Ale. If you haven’t tried it, you must!

Thankfully the dessert saved the mediocre main courses. The bill at the Treehouse Restaurant came to £58.00 for the two of us with drinks, which isn’t terrible, but I have had better Sunday lunches for a lot less. If you ask me, you’re paying for and waiting for the surroundings rather than the food. The Treehouse seems to rely upon its reputation to fill it’s walls and while I did enjoy my time there, I doubt I’ll be returning any time soon.