This cinnamon roll topped apple pie is the stuff dreams are made of. Not only is apple pie the bomb, but this version has loads of adorable little cinnamon swirls adorning the top instead of a standard pastry lid. Need I say more? 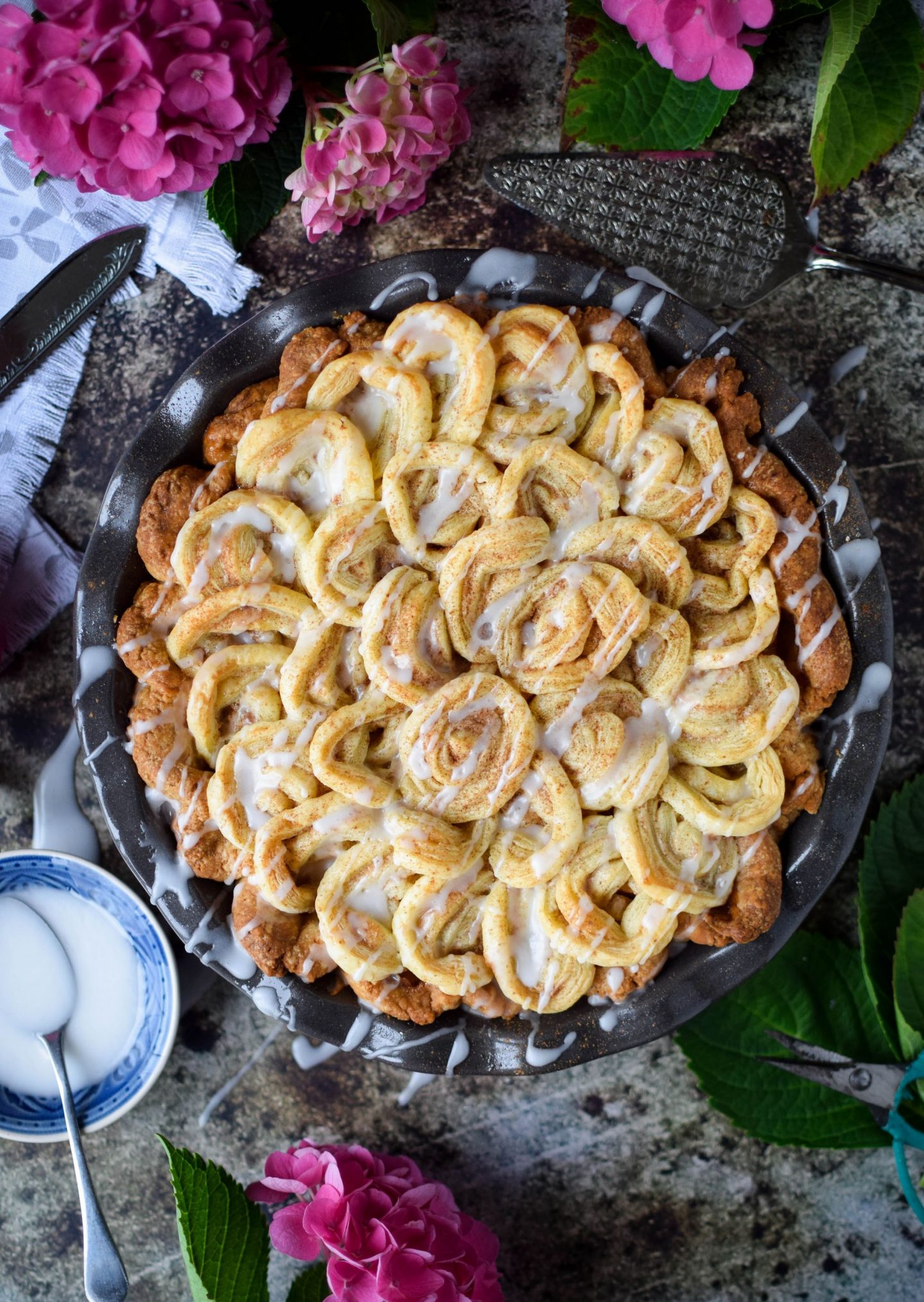 I was pottering around the house last night; doing laundry and probably cleaning, all the fun stuff, when I noticed it was dark. I checked the time, 8pm. It was dark at 8pm guys, this is exciting news. It’s officially Autumn and I’ll fight anyone that says otherwise.

Light nights are OK for a while, the added hours of socialising is fun at first but it isn’t long before that 10pm sun is mocking you.  You wanna put your pyjamas on? Tough, not while that bright sucka in the sky is still around and if you do, you’ll feel like a lazy slob because it’s still light and you should be doing stuff.  No hot chocolates, cosy blankets or cinnamon scented candles. Blah, I’ll never understand Summer people. They’re a different breed to us Autumn folk.

So obviously, I had to celebrate the beginning of my favourite season, and what better way to do it than with an apple pie. A cinnamon roll topped apple pie no less!

Yep, you read that right, this pie is fancy! 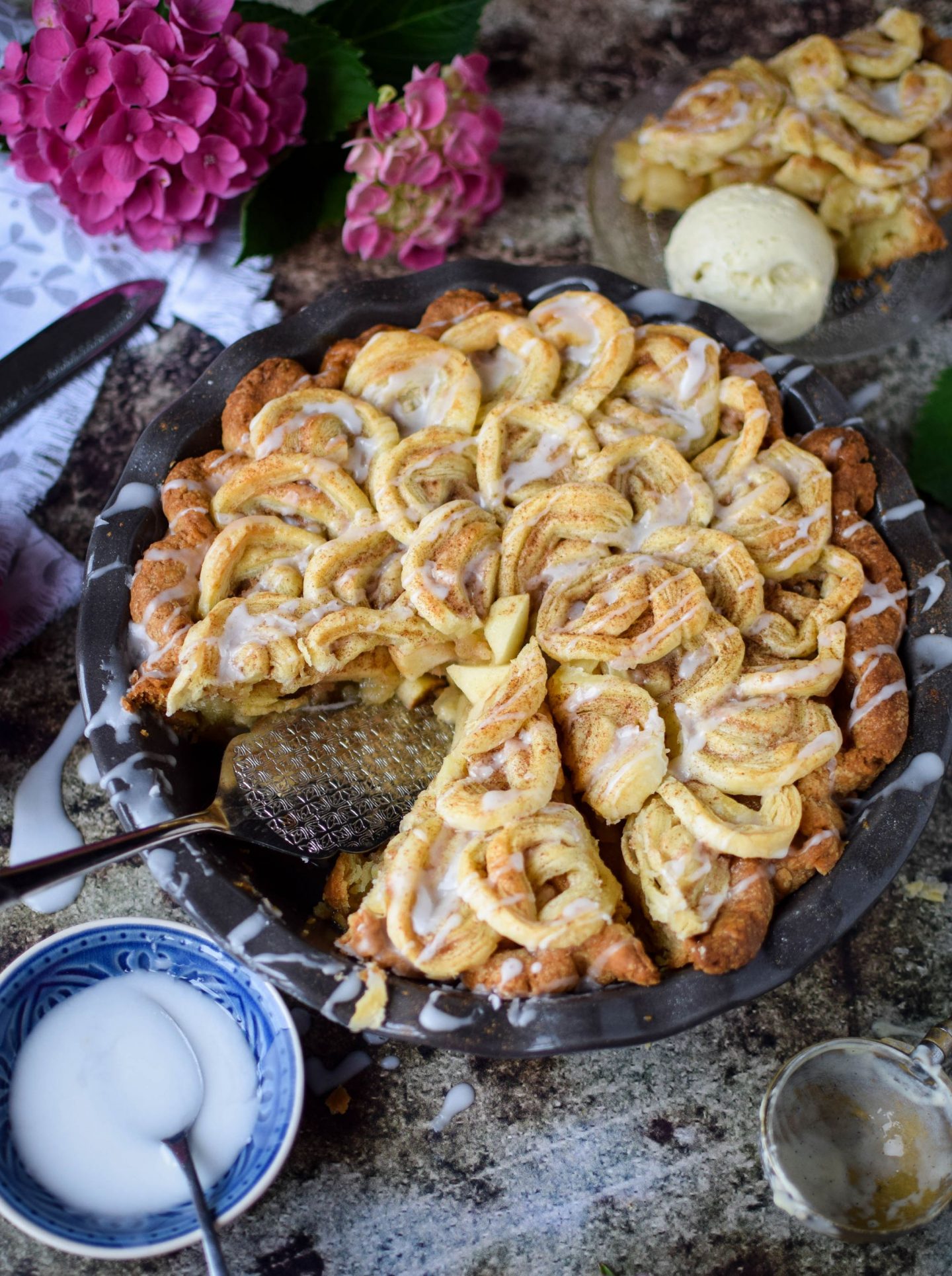 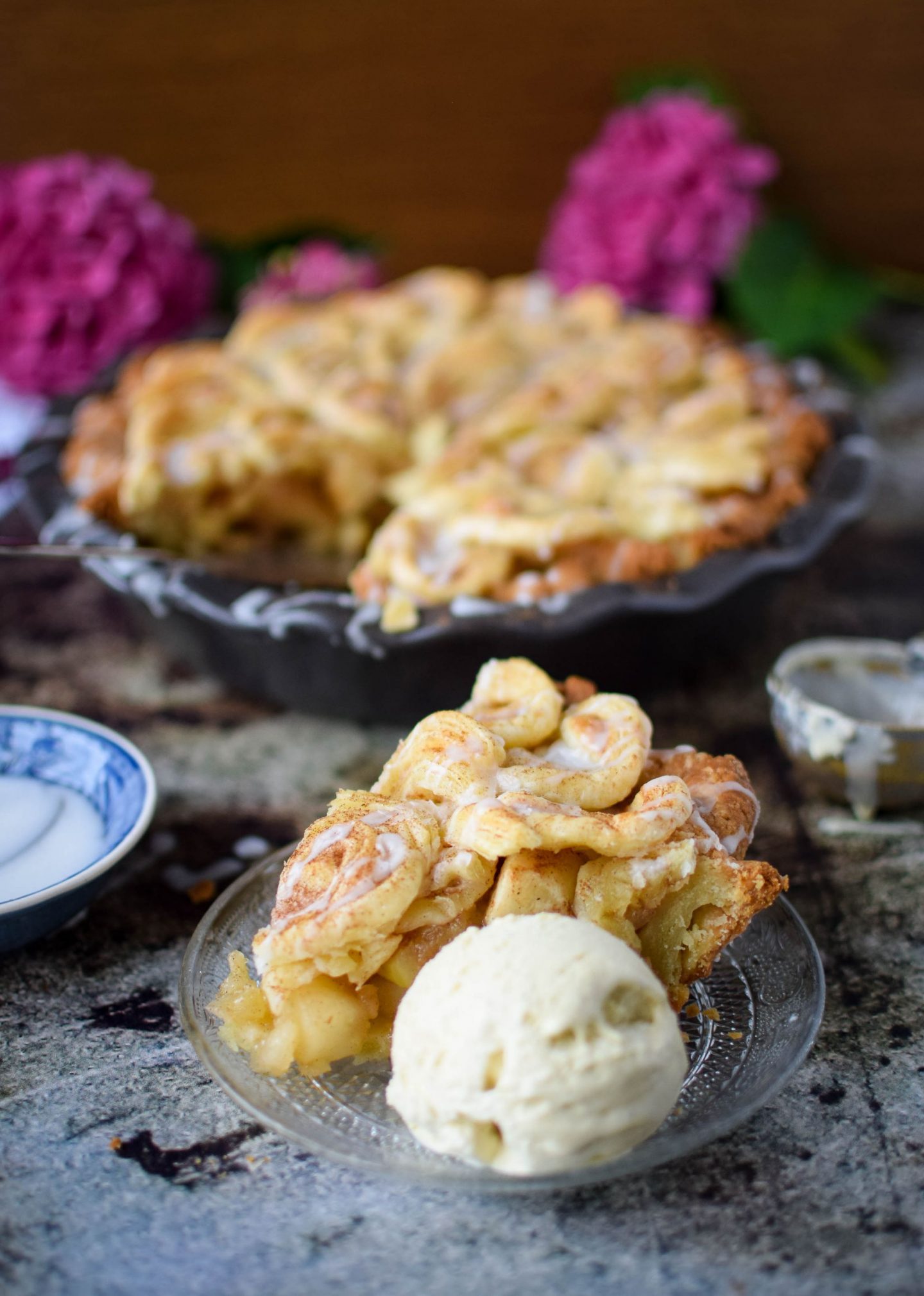 When it comes to picking your apples you’ll want to go over to the tarter side of the apple spectrum, your Granny Smiths, Braeburns or Honeycrisps are best. That way you have complete control over the sweetness, once you’ve cooked your apples you can have a wee taste and add a touch more of sugar if it’s still a bit tart.

Make sure you serve this pie warm, with a big old scoop of vanilla ice cream and join me in giving the fleeting sun a jolly two fingered salute. See you next Summer. 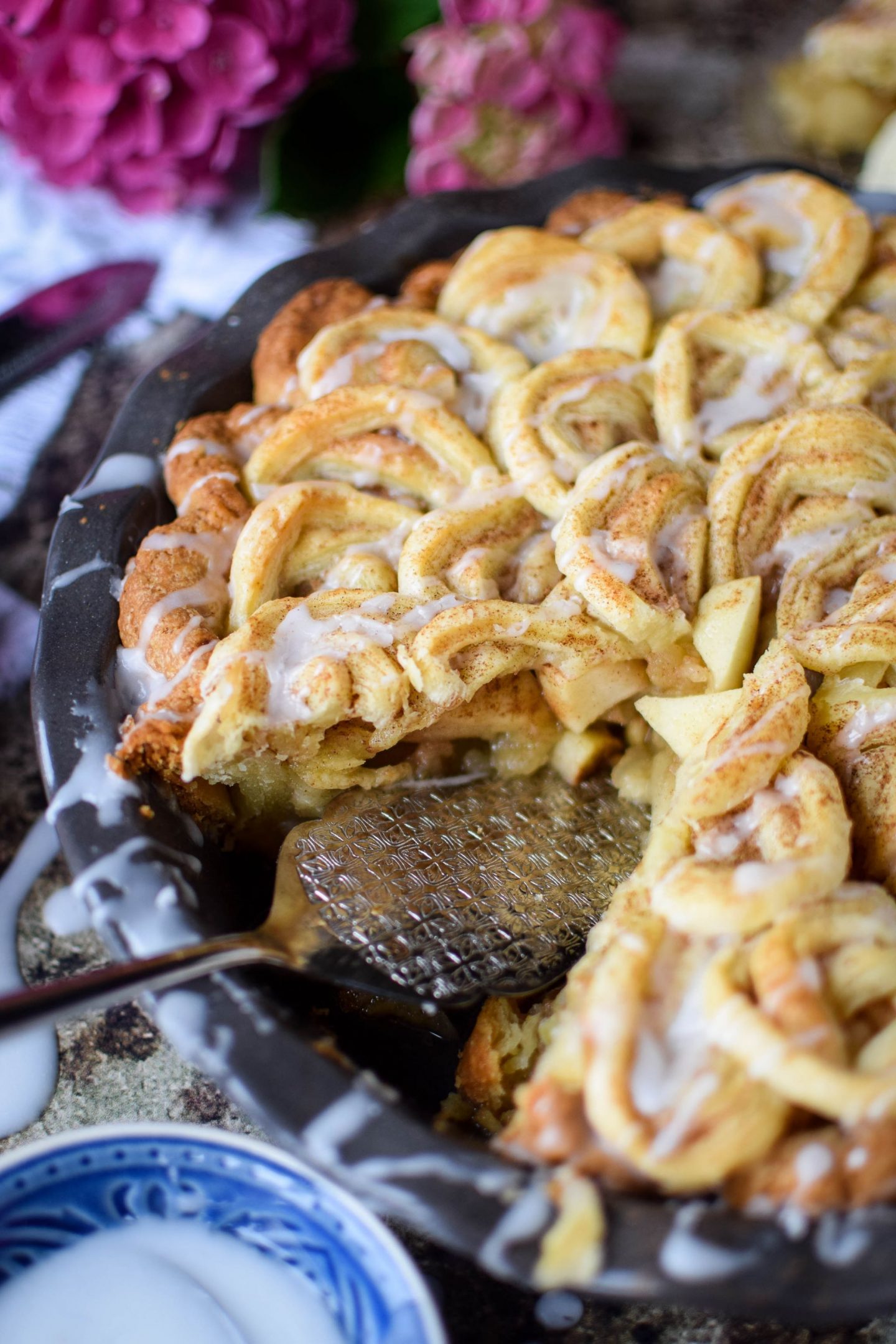 For the Cinnamon Rolls:

If you have any left over cinnamon swirls simply bake on a lined baking sheet at 180°C for 20 minutes. Allow to cool and keep in an airtight tin for up to 4 days.