I’ve recently being going through old blog posts, updating them as I go (sooo tedious) and I realised something. I say almost everything is my favourite this or favourite that. Almost, Every, Little, Thing! I don’t want to say it again, I really don’t but this key lime cheesecake truly is my absolute favourite cheesecake in the whole wide world.  Given half a chance, go for key lime flavoured anything. It’s the right choice.

Is being too enthusiastic about food a thing? I just love to eat, sue me! 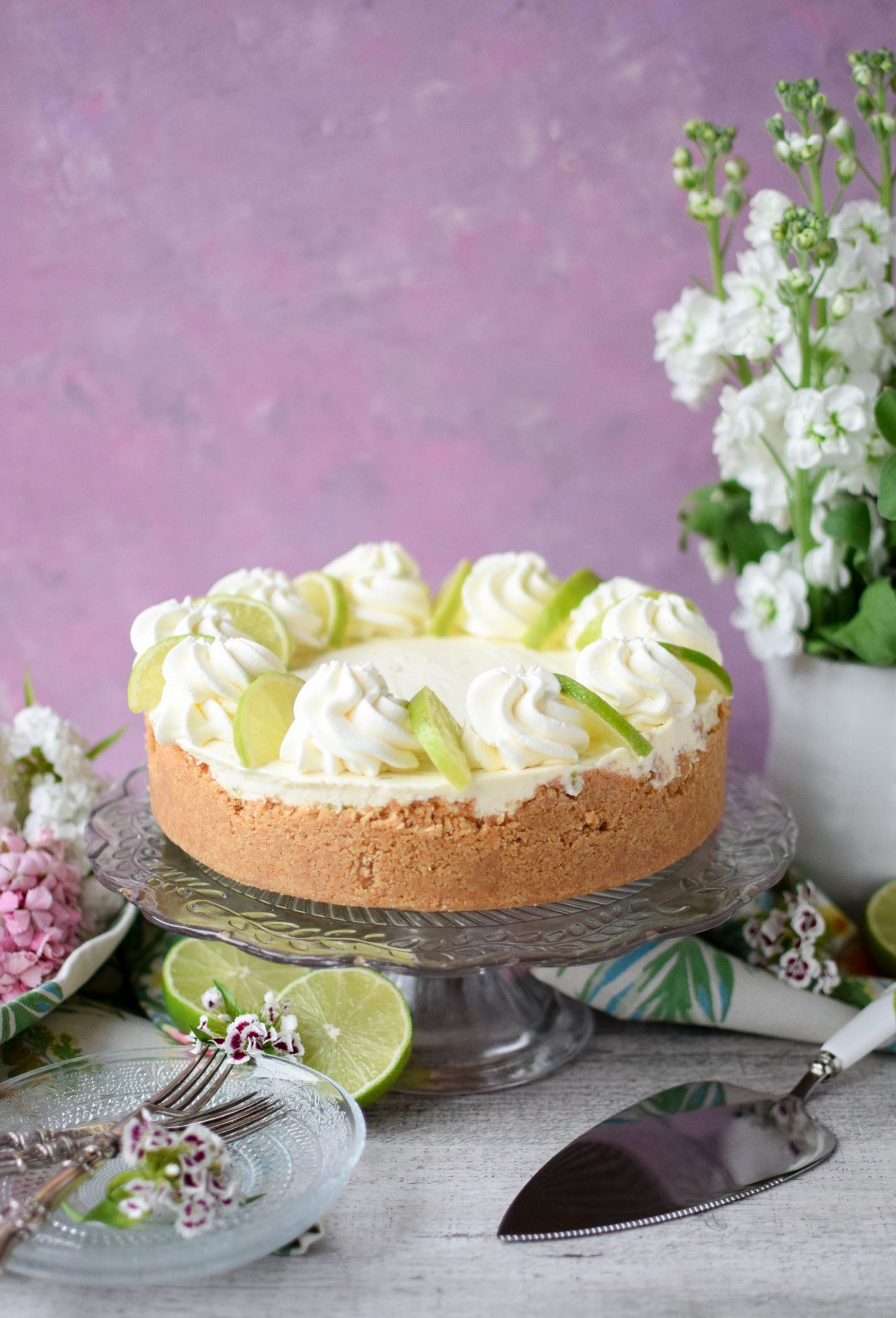 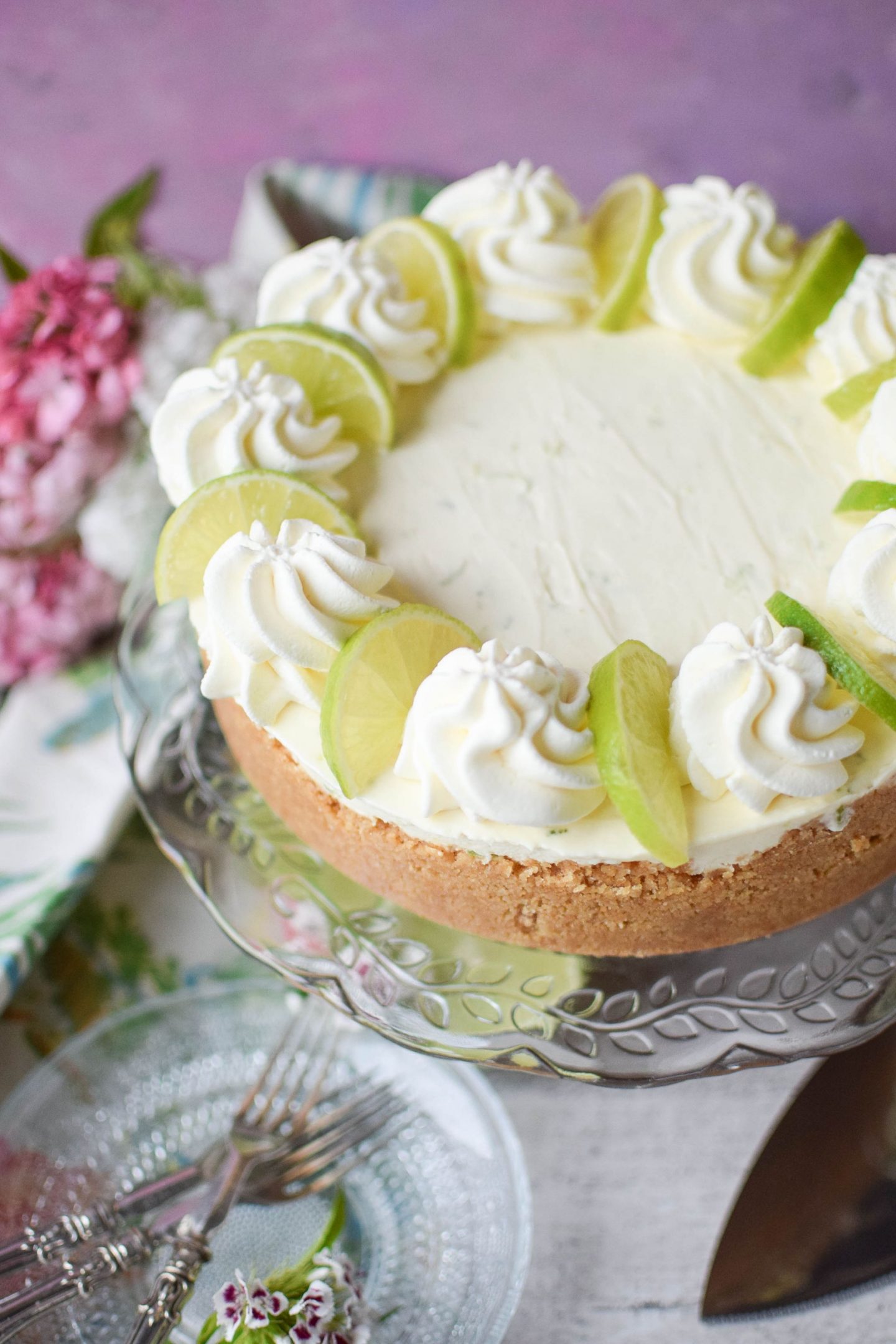 Obviously, living in Newcastle in the North East of England, this isn’t really Key lime cheesecake, but lets just close our eyes really tight and pretend we’re in sunny Key West, sand between our toes and palm trees swaying in the sea breeze. I’m absolutely refusing to look outside at the grey sky looming over the river Tyne, you can’t make me, I’m in Florida. Plus, Waitrose lime cheesecake doesn’t have the same ring to it. 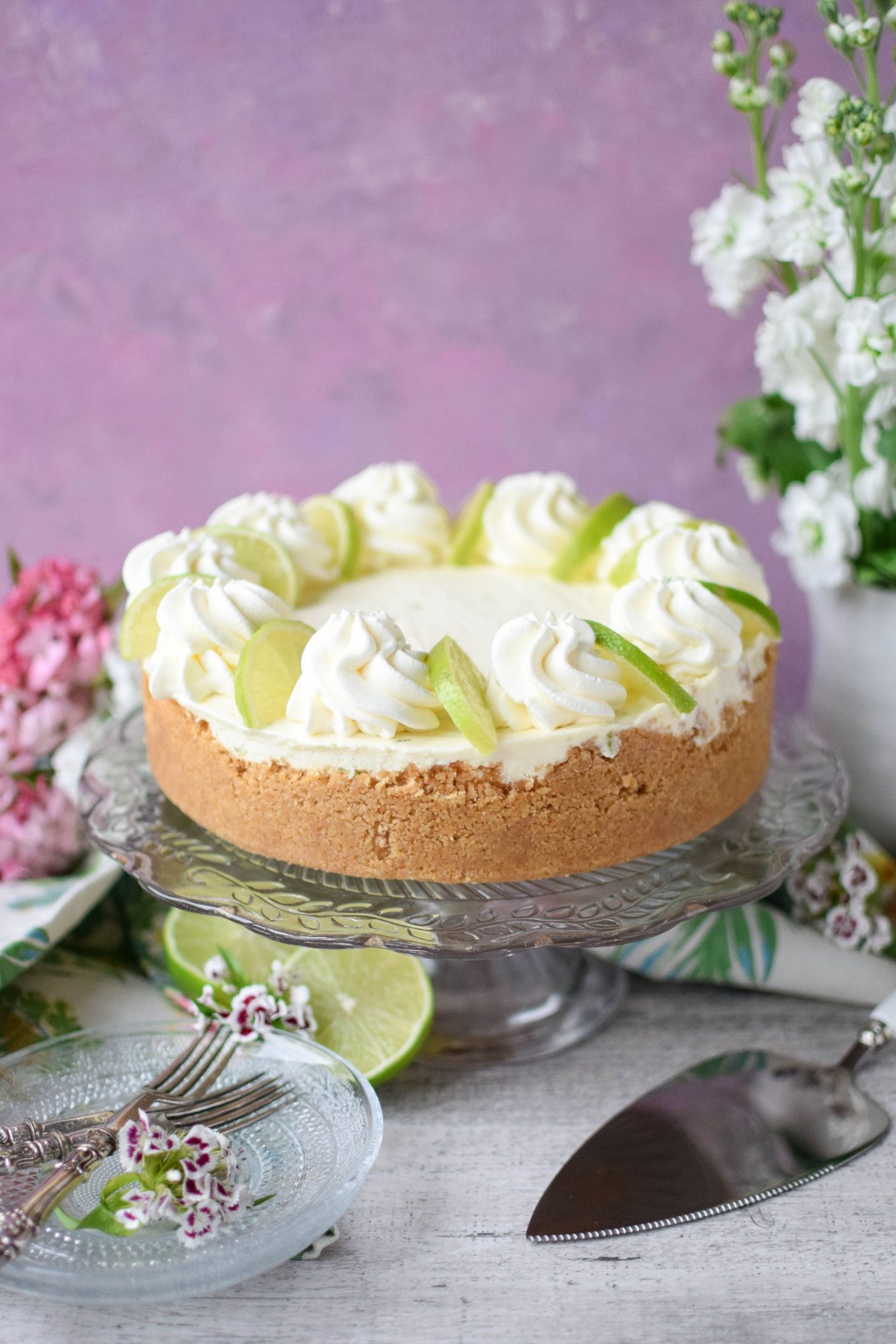 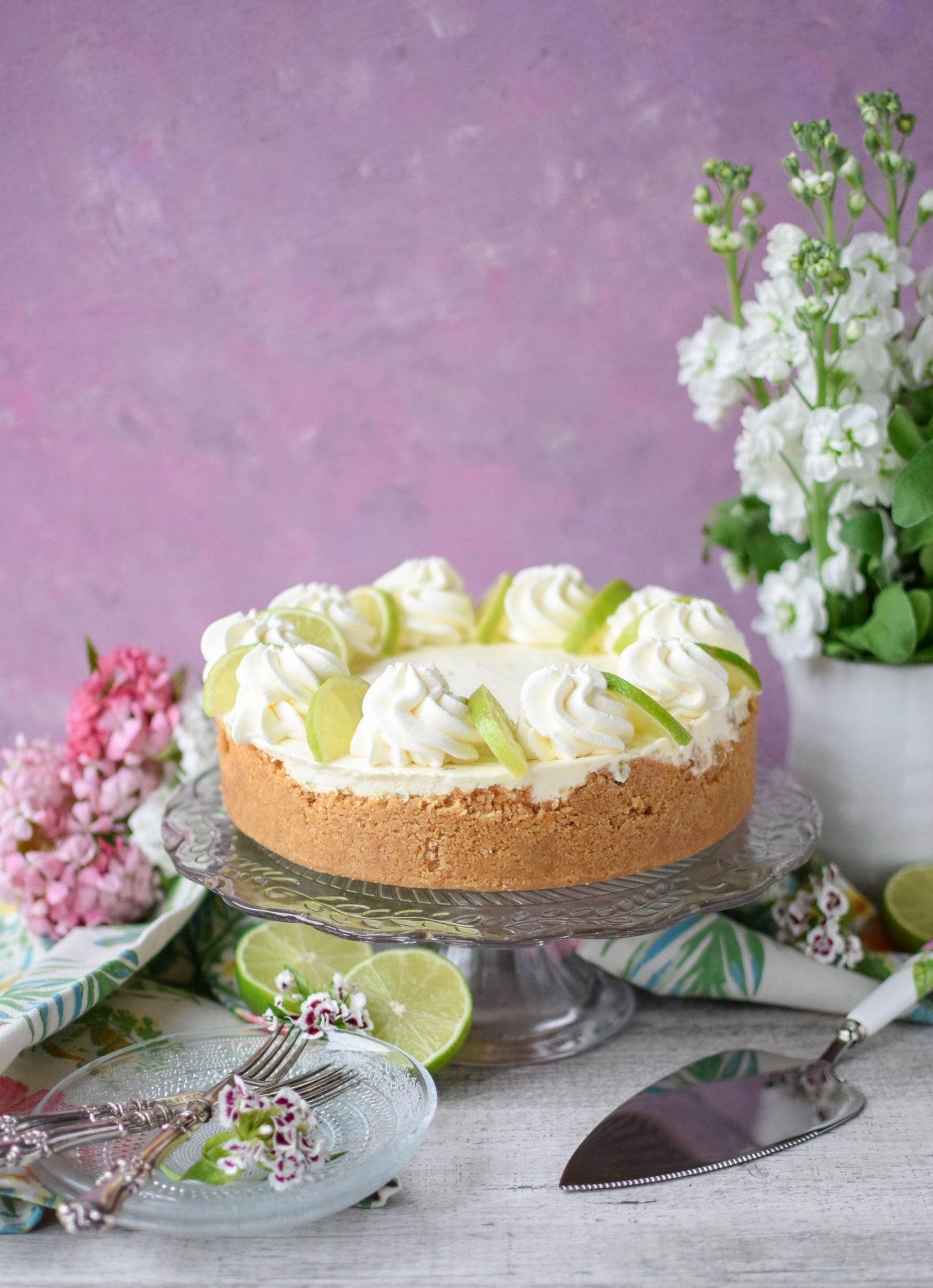 I swear, this key lime cheesecake is the absolute best cheesecake I’ve ever tasted. The filling is the creamiest, silkiest, most indulgent thing ever. I’ve never used gelatin in a cheesecake before but it creates the most perfectly sliceable filling, combined with white chocolate and cream it’s almost mousse like in texture. Am I selling it to you because I’m half way to the fridge, laptop in hand to slice myself off another portion. 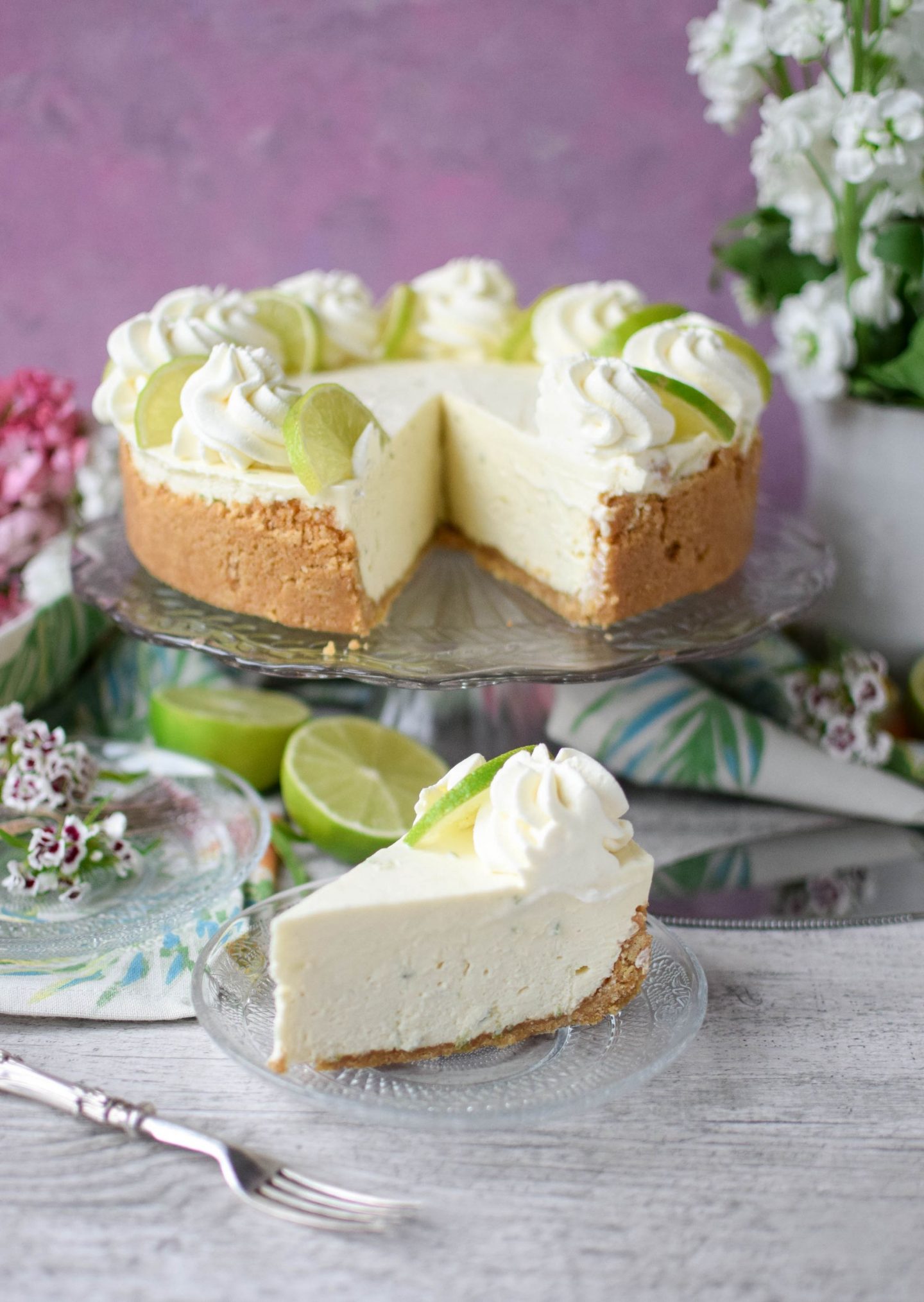 Since I seem to have a whole bunch of favourites, it got me thinking, what’s your favourite recipe? Sweet, savoury, a bit of both? Let me know in the comments and I might end up featuring it here. I’m always on the search for inspiration. 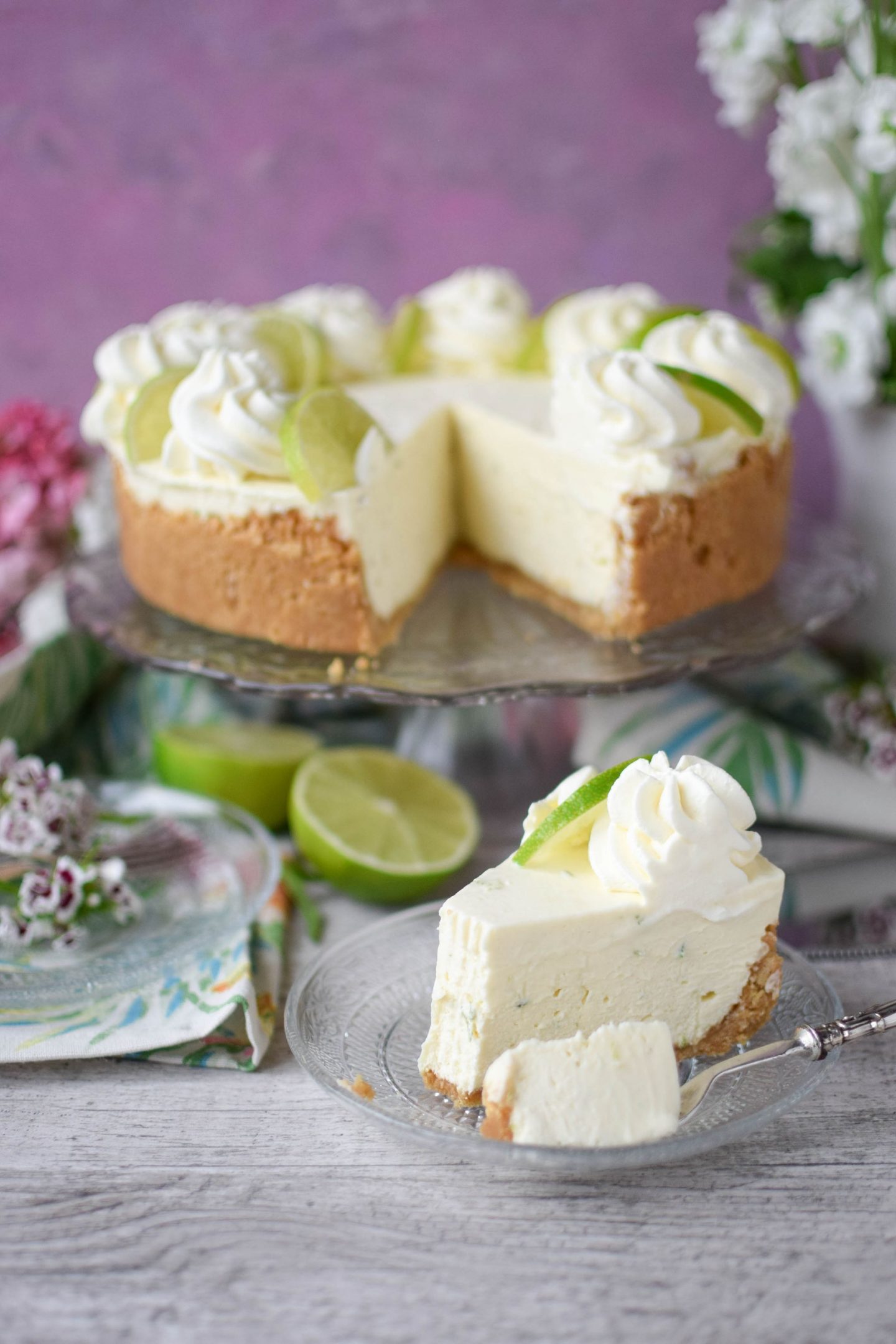 This key lime cheesecake is the silkiest, smoothest and most delicious cheesecake I’ve ever eaten. Perfect for a Summer, no bake dessert. You can prepare this cheesecake well in advance and freeze until needed.

You can store this cheesecake in the freezer and serve frozen.

You can use any biscuit you like for the base, I love gingersnaps as it goes perfectly with a citrus filling but digestives, hobnobs, even Oreos would work well here.