Brussels sprouts often get a bad rap. They’re the villain of the Christmas table. Poor, over cooked, farty specimens are pushed to the side of plates nationwide. I was the only person who would devour my sprouts round our table. My brothers wouldn’t even entertain the thought of having them on their plate, and even my vegetarian mother would sneakily hide hers under leftover mashed potato.  People, we need to give sprouts a second chance. Wipe that mushy memory from your minds and instead think of delicious, garlicky sprouts, caramelised in bubbling butter and tossed with blue cheese and chestnuts. Doesn’t that sound devine?! 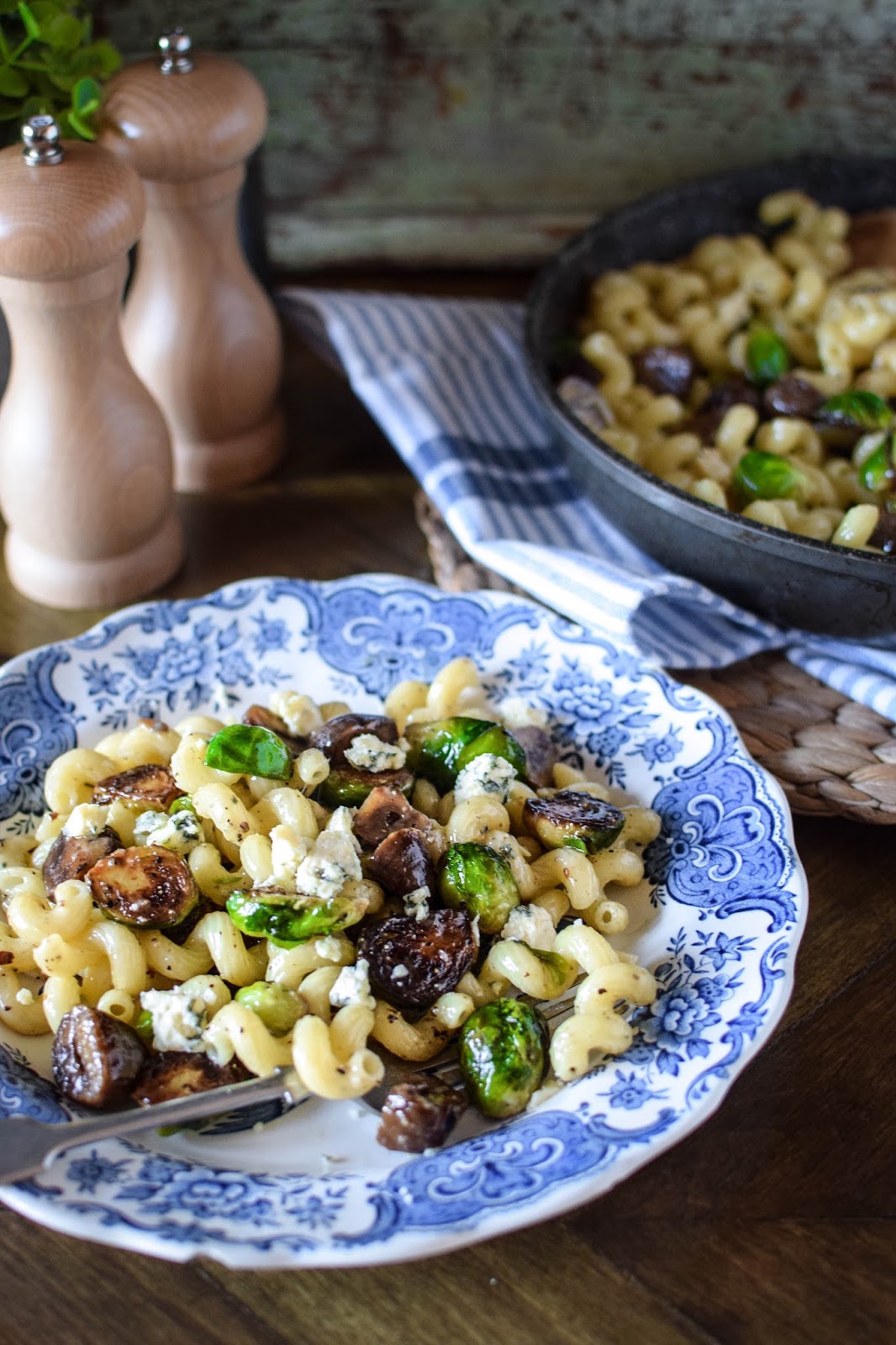 I found this recipe in an amazing cookbook I picked up a few days ago, Pasta Secrets by Laura Santtini. I’ve poured over the pages of the book so many times since I bought it, there are mountains delightful sounding pasta dishes, as well as tips on how to make your own pasta or how to get the best from the dried variety. I absolutely adore it and would recommend this one to any pasta lovers out there! 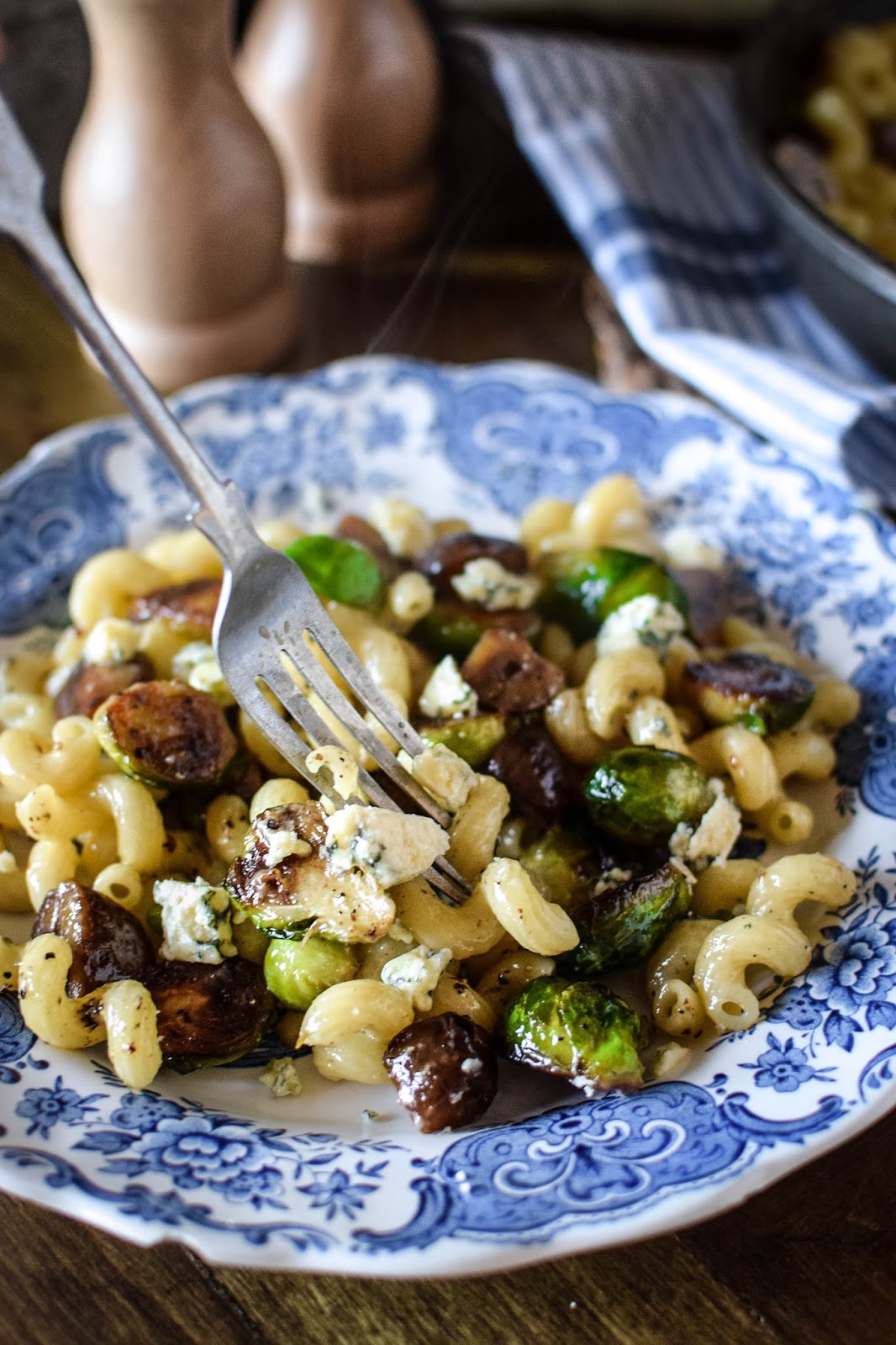 Up until I made this pasta, I had no idea that sprouts were named brussels sprouts and not just brussel sprouts. Maybe it’s because of the words running in to each other that I’ve never noticed this glaring gap in my knowledge of the English language. My long suffering other half often complains of this problem. The last letter of his first name is the same as the first letter of his surname resulting in a snakelike hiss whenever you pronounce it in full. I think this is the perfect reason for him to adopt my surname should we ever get married, but I doubt I’ll win that fight 😉 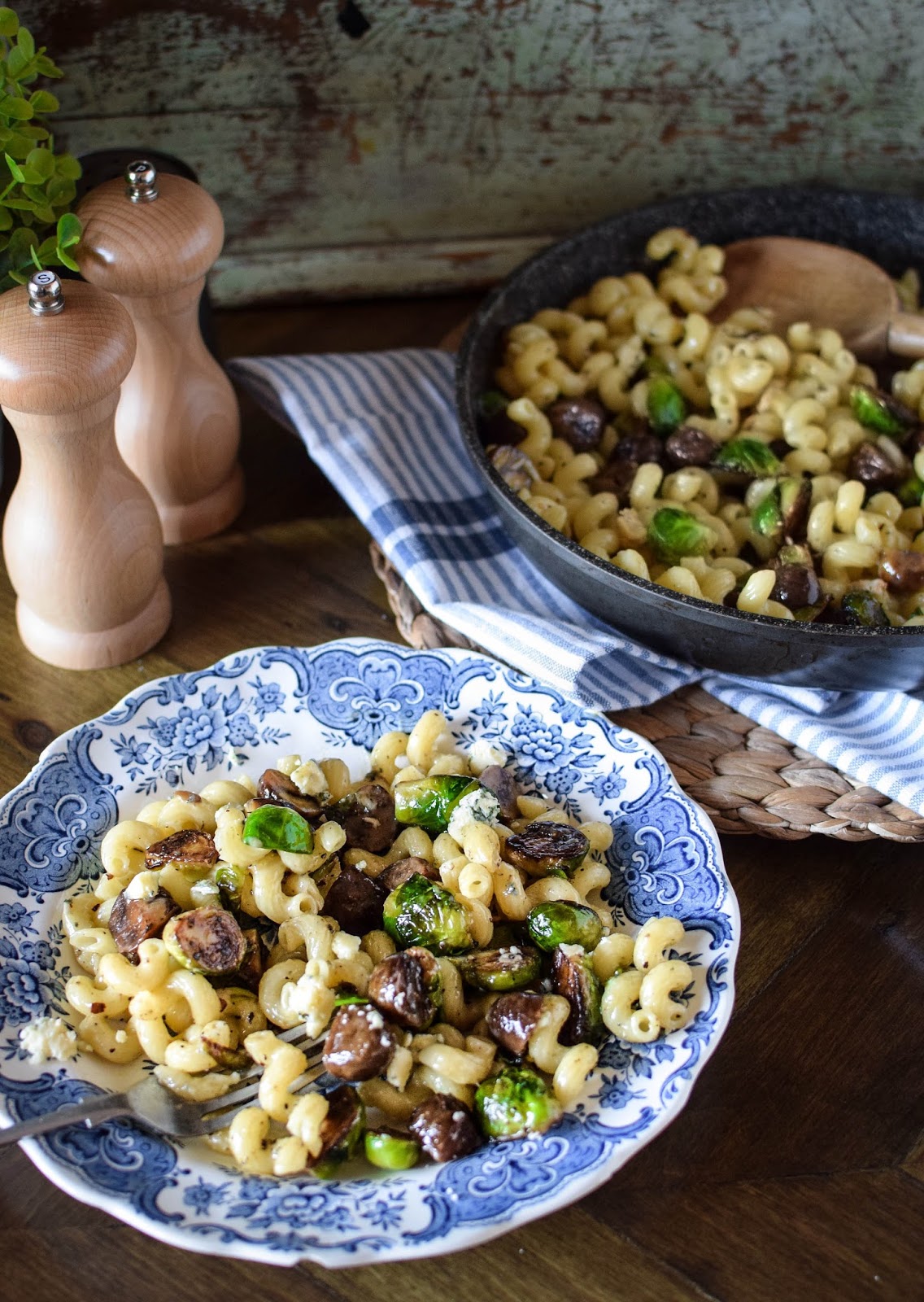 Wipe the old mushy, farty brussles sprouts memory from your minds and instead think of delicious, garlicky sprouts, caramelised in bubbling butter and tossed with blue cheese and chestnuts. Doesn’t that sound devine?!