Growing up in the chilly North East of England means I was never introduced to the wonders that are S’mores.  Where American pre-teens were toasting marshmallows in the evening breeze I was licking a 99 on a drizzly pier somewhere in Whitley Bay.  As I grew I started to notice the sticky treats on TV, I yearned to try them but never really got around to it. That had to be rectified with these S’more Bars. Sticky, sweet and oh so addictive. Last year I was gifted a chimnea for my garden, my first thought was “S’MORES!” closely followed by “finally, I can drink beers in the garden without freezing my arse off”.  We grabbed a six pack of Blue Moon and all the fixings for a s’mores party and fired up the chiminea.  I was underwhelmed, the digestives were too fat, the chocolate didn’t melt and the marshmallow was just too damn small.  I guess it’s just not in my blood.  That’ll teach me for not hitting up the ludicrously expensive American isle in my local Tesco. 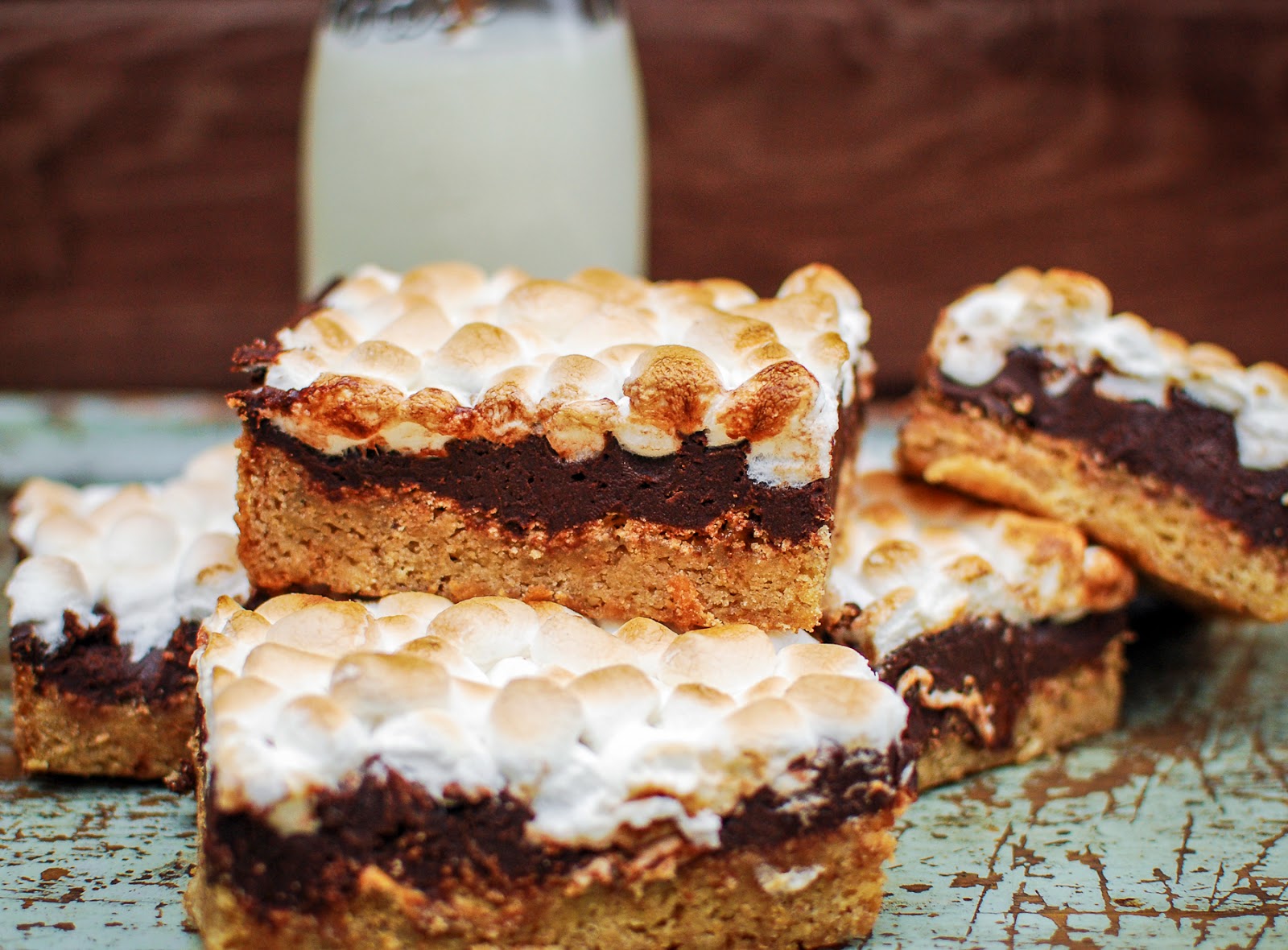 I gave up on s’mores, with my first experience tainted with sticky disappointment I cast them from my mind and focused on cupcakes and cookies instead.  That was until I came across this recipe nestled within my new American themed cookbook.  I simply had to give them another shot, and boy was I glad I did.  I tweaked the recipe to give me two large trays so I could share them with the customers of Pet Lamb, the recipe I have included below will give you enough for one tray of bars. 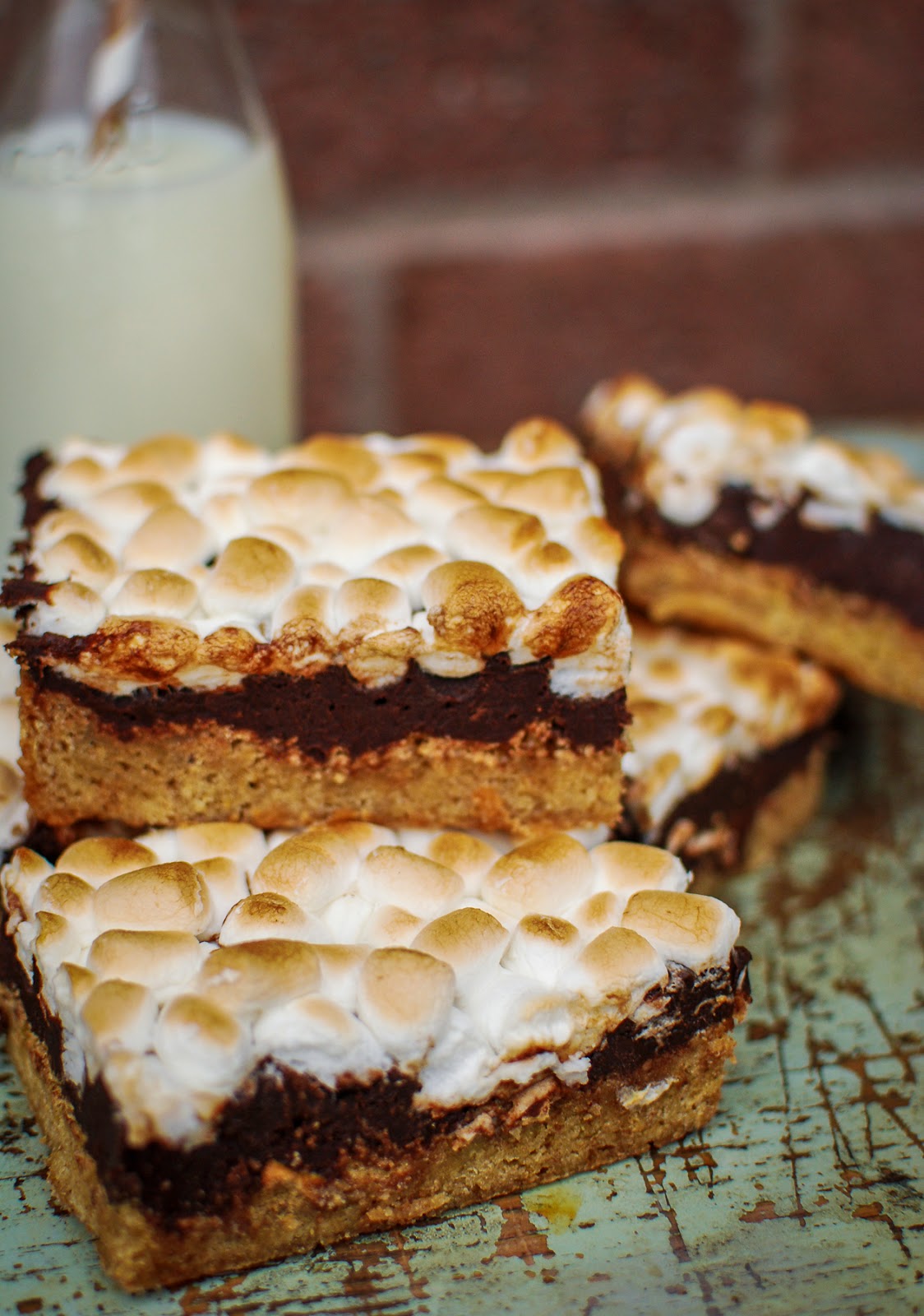