The snow has started falling up here in Newcastle and that means one thing, steaming mugs of cocoa topped off with delicious homemade marshmallows.  Homemade marshmallows really are leagues apart from their supermarket counterparts, the texture and delicate flavour are so perfect and fluffy you could be chewing on a peppermint cloud.  The method may seem a little scary, boiling sugar is never something that should be taken lightly, but as long as you’re careful it really couldn’t be any simpler. 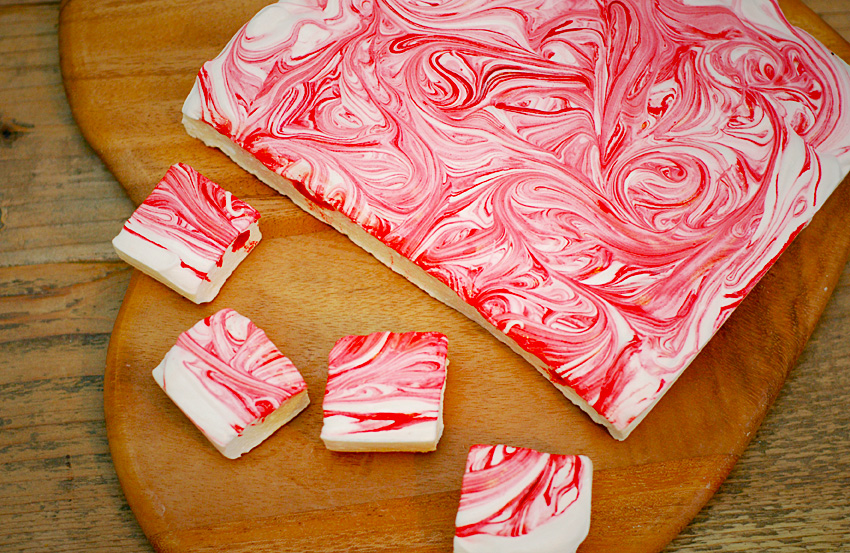 I’ve added peppermint extract to these marshmallows but feel free to flavour them however you wish.  Vanilla, rose or even coffee would work wonders, just change the colours to match your tastes. 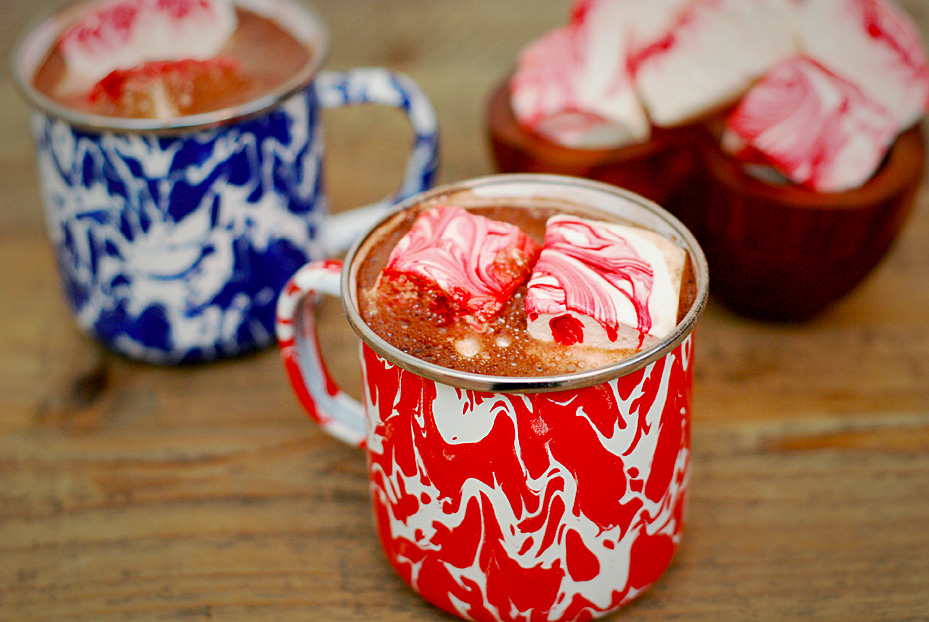 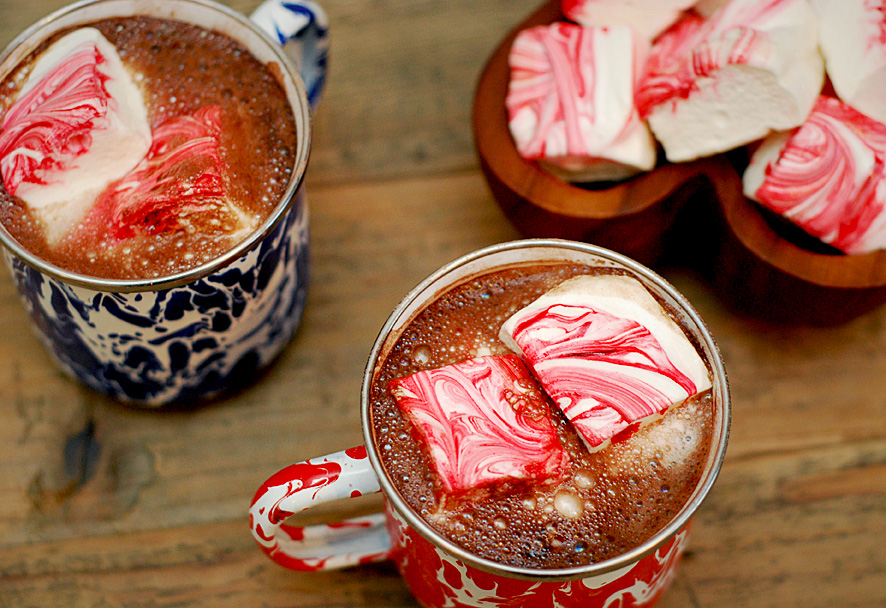 Meanwhile, sprinkle gelatin over 175ml cup water in a heatproof
bowl; let stand 5 minutes to soften. Set the bowl with the gelatin
mixture over a pan of simmering water; whisk constantly until gelatin is
dissolved. Remove from heat, and stir in extract; set aside.

Beat egg whites in the bowl of an electric
mixer fitted with the whisk attachment
until stiff peaks form.
Whisk gelatin mixture into sugar mixture;
with mixer running, gradually add
to egg whites. Mix on high speed until
very thick, 12 to 15 minutes.