When I uploaded a photo of this delicious cola pork to Instagram yesterday I was inundated with requests for the recipe.  To be totally honest with you, this is probably one of the easiest meals I’ve ever made but easily one of the most impressive.  God bless whoever invented the slow cooker I say, meltingly tender pork is merely minutes preparation away, and you know, ten hours of cooking.  With this meal, the longer the better in my eyes.  I often pop this in the crock pot before I go to bed and shred it the next afternoon. 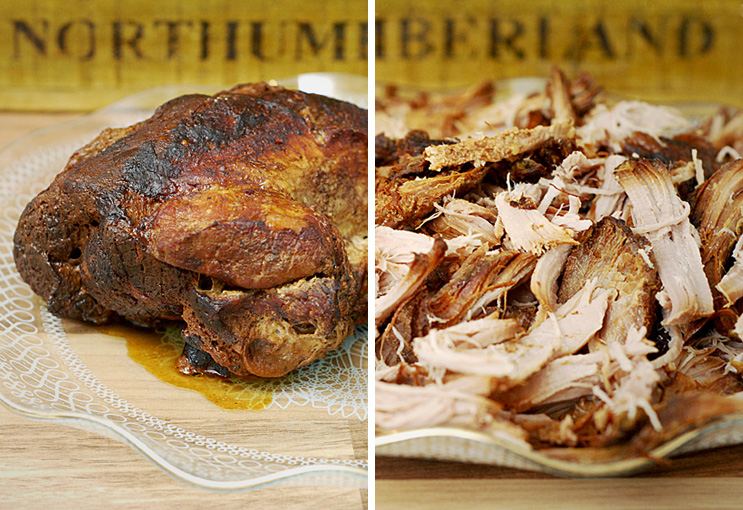 Cut the pork shoulder into two equal sized pieces and place into the slow cooker.  Cover the pork with cola until almost covered, leaving the top part poking out.  Cover the remaining visable pork with the bottle of barbeque sauce and chipotle paste, pop the lid on and set the cooker to high for ten hours.

After ten hours remove the pork from the sauce and leave to rest.  Place the sauce into a large saucepan and reduce by at least half depending on how you like your gravy, this could take up to 45 minutes.  Once reduced shred the pork and add it back to the sauce and stir to coat.  Serve the pork on lightly toasted buns.