For some reason or another red velvet cupcakes have always alluded me.  Every time I’ve tested a recipe I was faced with the exact same problem. They didn’t rise, they had hard and cracked tops and just didn’t look like a cake you’d ever want near your mouth.  I’ve always blamed the oven, I mean, it can’t be me…. can it?

Since the move I’ve obviously gained a brand new oven, so now was the perfect time to test my hypothesis!  Was it the evil old oven with the seal hanging off (thanks mister landlord) or was it in fact, me.  Rather than following any old recipe, I took elements of all of my failed attempts and created a recipe which I believe could solve my little problem.  Turns out I was right, it was the bloody oven!  These cakes came out perfectly!  The rose beautifully and have an amazingly light and fluffy texture. 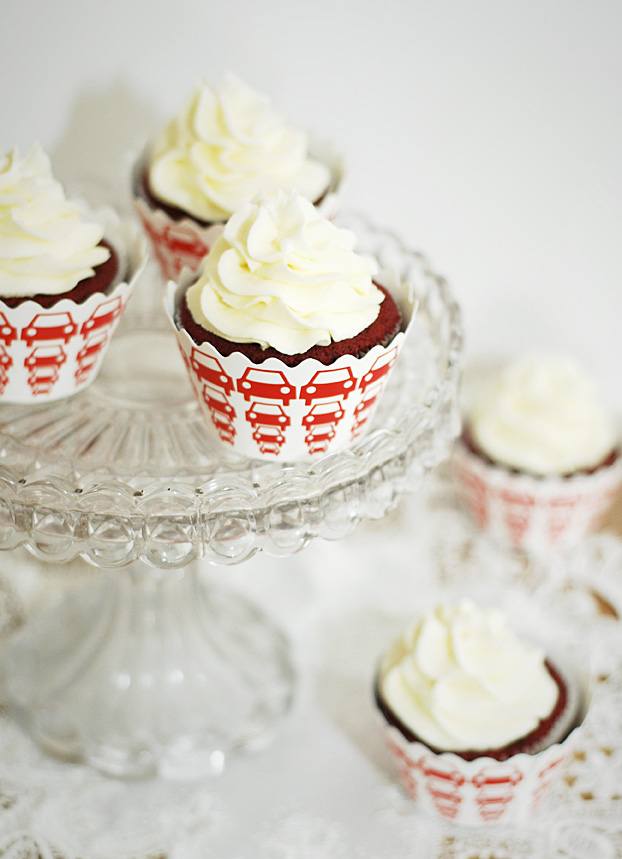 When it came to showing my first red velvet success I instantly knew I had to use my adorable red car cupcake wrappers from Just Bake!  Normally I’m not a fan of cupcake wrappers, too fussy for my tastes but the moment I laid eyes upon these little sweethearts I was smitten.  Reminiscent of the wonderful Orla Kielys car print designs, they’re just perfect for showing off your creations. 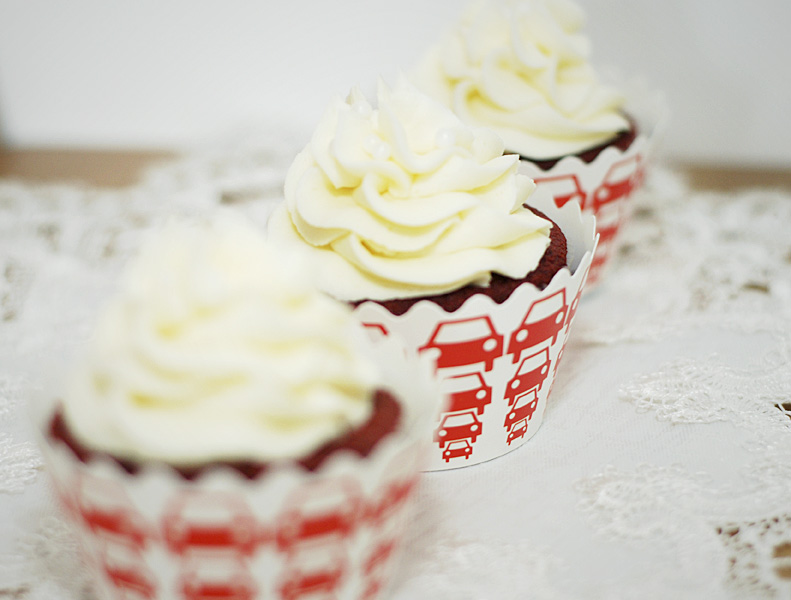 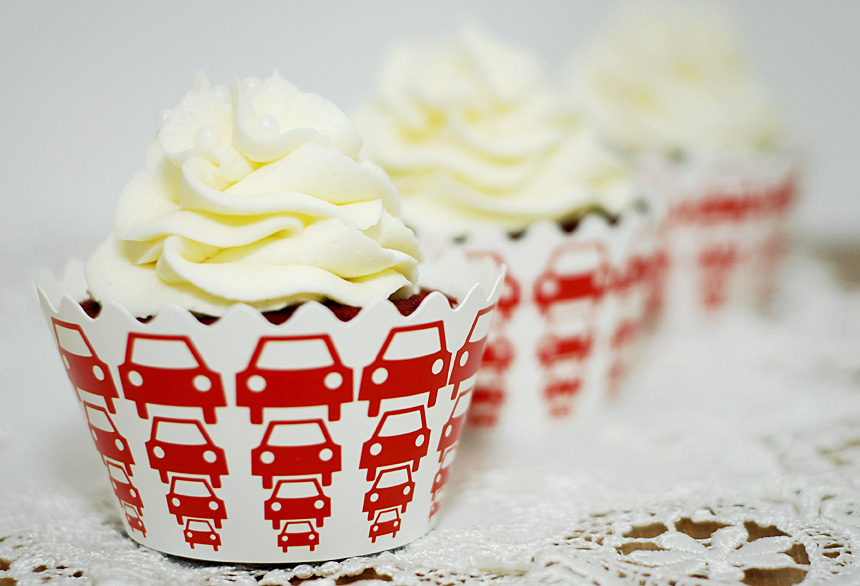 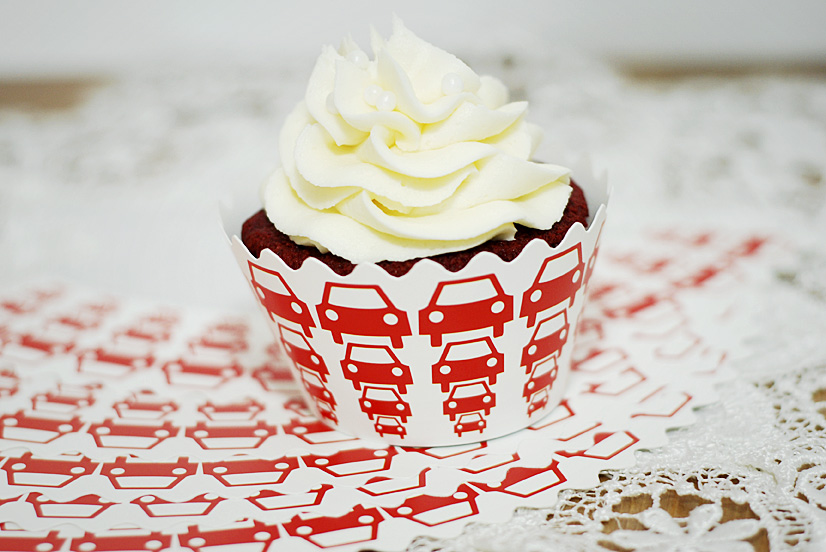 Preheat oven to 160C and line a cupcake tray with 12 liners.

Sift together flour, baking powder, cocoa powder and salt then, in a separate bowl, mix the buttermilk and red food colouring together.  Set aside.

In a bowl attached to an electric mixer whip the butter and sugar together until the mixture turns pale and creamy.  With the speed up high, add the egg and whisk for a few minutes.  Add 1/2 of the flour mixture followed by the buttermilk and colouring before adding the remainder of the flour.  Mix well to combine.

Divide the batter between the cupcake liners and bake for 23 minutes until risen and a skewer inserted into the center of each cake comes out clean.  Allow to cool in the tin for five minutes before transferring to a cooling rack.