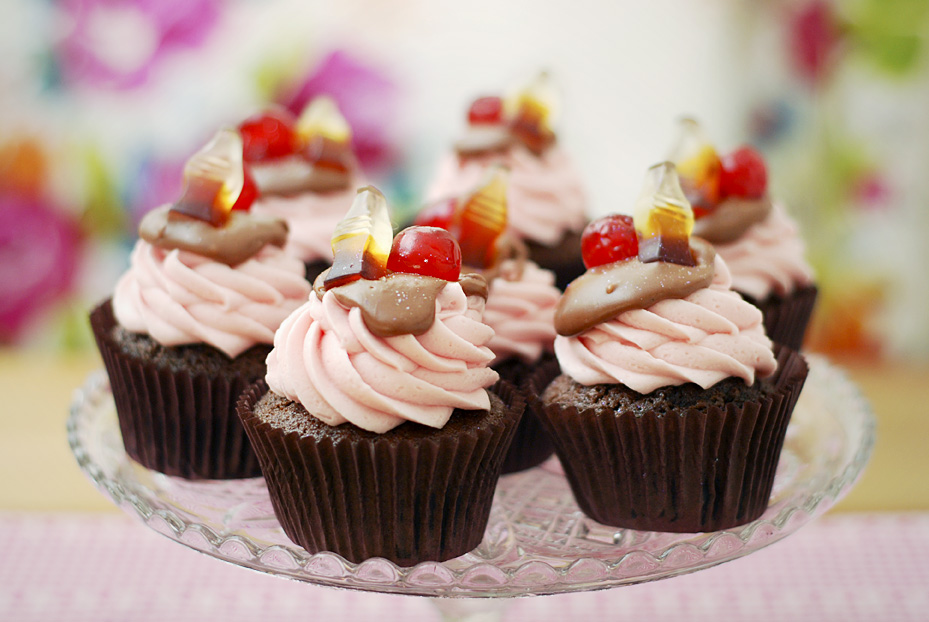 I’ve been itching to make Nigella Lawsons Coca Cola Cupcakes for quite some time now, so when I saw Confessions of a Cookbook Queen had blogged some stunning Cherry Coke Cupcakes I just had to give them a try!  Although I didn’t use the recipes featured on that blog I decided to use her cakes as my decorating inspiration. 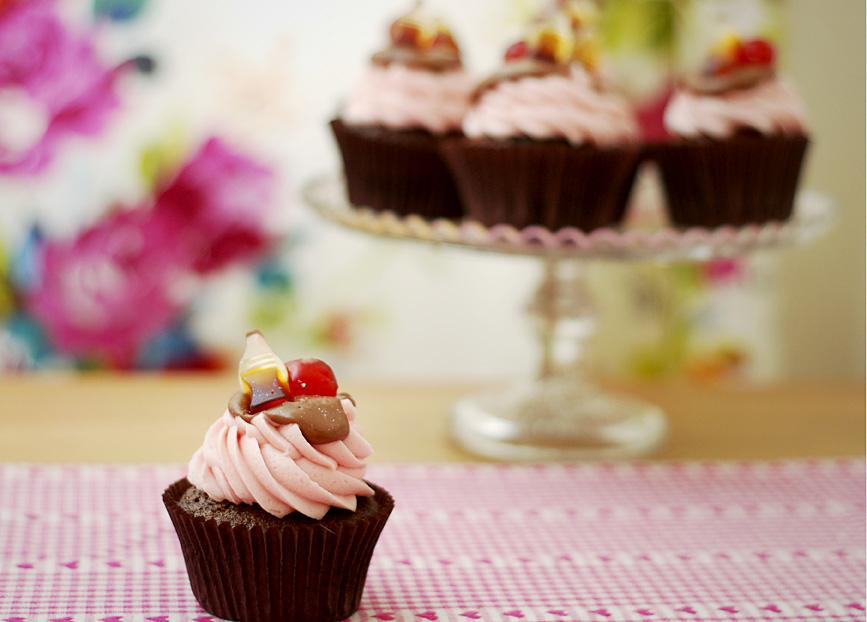 These cupcakes are simply amazing! The coke flavour really comes through in the sponge, the cherry frosting is just to die for and the less I say about the cola glaze the better (I was reduced to eating it with a spoon, enough said). 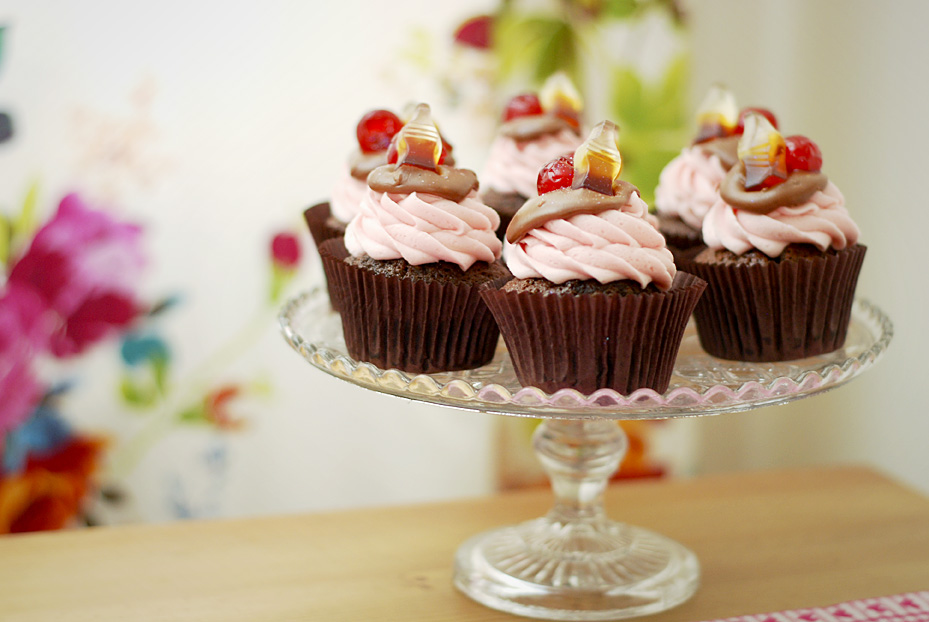 If you don’t already own this book I would highly recommend picking it up. It really is Nigellas best work and it’s probably one of my most used cookbooks! I mean, it’s Nigella, would she ever steer us wrong?

(Adapted from How to be a Domestic Goddess)

1 small slug of syrup from a jar of morello cherries

In a large bowl, combine the flour, sugar, baking soda and salt. Beat the egg, buttermilk and vanilla in in a measuring jug. In a heavy-based saucepan, melt the butter, cocoa and Coca-cola, heating it gently. Pour into the dry ingredients, stir well with a wooden spoon, and then add the liquid ingredients from the jug, beating until it is well blended.

Pour into a muffin tin that has been greased or lined with papers and bake for 15 minutes or until a tester comes out clean.

For the frosting put the  unsalted butter into an electric mixer and begin to mix on a low speed.  Add the icing sugar by the spoonful, adding milk if the frosting becomes too dry.  Pour in a little of the cherry syrup and tint the frosting a pale pink. Leave to mix for 5 minutes until light and fluffy.

For the glaze sieve the icing sugar and set aside. In a heavy-based saucepan, combine the butter, Coca-Cola and cocoa and stir over a low heat until the butter has melted. Remove from the heat, add the vanilla, and spoon in the sieved icing sugar, beating as you do, until you’ve got a good, spreadable, but still runny, icing. Pour over the frosted cupcakes and allow to dribble do the sides a little.  Top with a gummy cola bottle and a cherry.