It’s snowing again! Just when the sludge had melted and the roads were finally clear its all began again. I wish I could be among those pick cheeked snow lovers, willing blizzards to blanket their street in white fluffy loveliness.  I wish I could frolic in the garden, building snowmen and starting snowball fights with the neighbors.  Unfortunately, snow is the coldsore on the face of business ownership!  I find myself grimacing out the window, hoping it sods off in time for the busy weekend ahead.  So, everyone, join me in crossing your fingers and wishing for rain. Just this once! 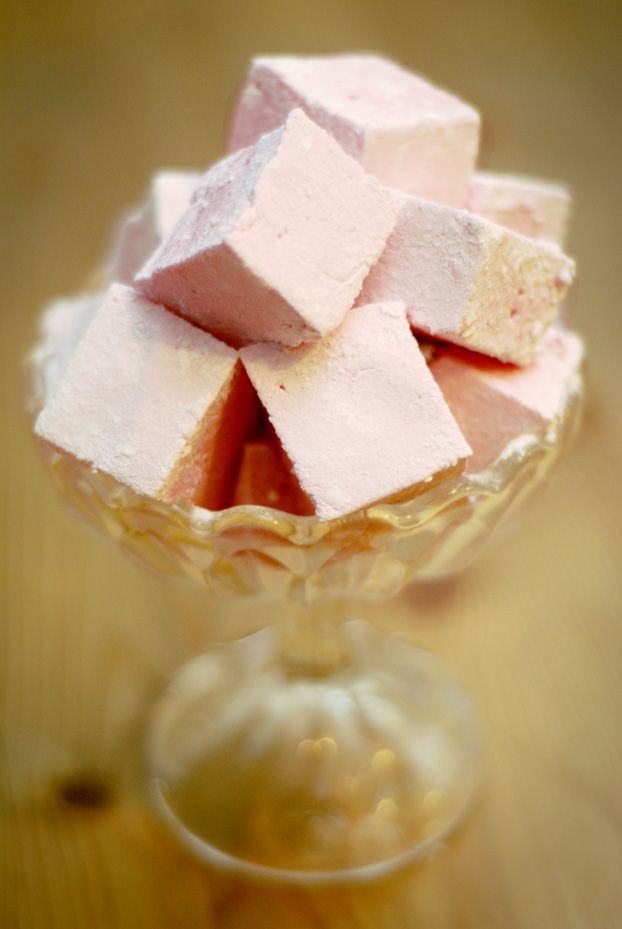 But, I might as well make the best of it.  I mean, it looks pretty falling from the clouds and I much prefer the cold to the sun.  I guess today is the day I finally get around to trying my hand at home made marshmallows.  Boy am I looking forward to my first cup of hot chocolate, studded with little fluffy icebergs of vanilla filled goodness. 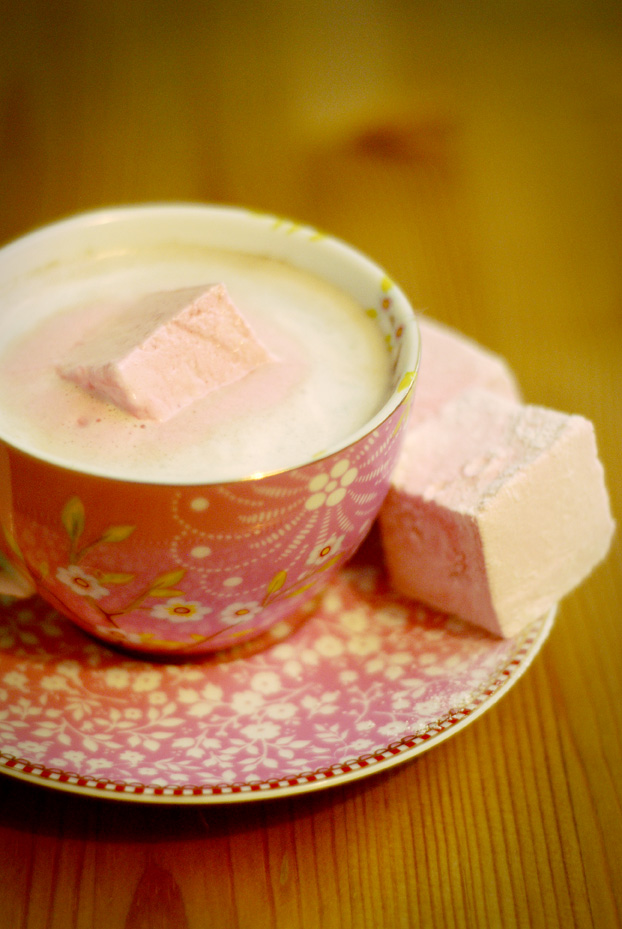 1 tbsp liquid glucose (find it in the baking aisle)

1 tsp vanilla extract (or any other flavour you desire)

In a bowl, mix the icing sugar with the cornflour and set aside. Dissolve the gelatin in 150ml hot water in a heatproof jug. Line a 20cm x 30cm tin with baking parchment and dust with some of the icing sugar mix. Put the granulated sugar and liquid glucose in a heavy-bottomed pan with 200ml water. Cook over a low heat until the sugar has dissolved completely, turn up the heat and boil until the mixture reaches firm ball stage on a sugar thermometer (125C/256F) – around 10-15 mins. If you don’t have a thermometer, drop a little of the mix into a glass of very cold water – if it sets into a squidgy ball, it’s ready. While the sugar is boiling, use an electric whisk to beat the egg whites until stiff. When the syrup reaches the right stage, pour it into the jug with the gelatin water; be careful as it will be very hot and may bubble up.

Continue whisking the egg whites while pouring on the syrup in a steady stream, then adding the vanilla extract – the mixture will go shiny and start to thicken. Continue whisking for about 10 mins until very stiff. Pour the egg white mixture into the tin and leave somewhere cool and dry to set for at least 2 hrs until firm.

Lay a large sheet of baking parchment on a chopping board and sprinkle on the remaining icing sugar mix. Turn the marshmallows out and cut into squares, rolling them in the sugar mix. Keep in an airtight container but best eaten on the day.