As I stated in my last post, the Newcastle Gateshead Eat Festival has been celebrating the finest food and drink the region has to offer for the last week and a half, and boy has it been a good one!  There has been some amazing events as well as some very weird and very wonderful delights for us to get our teeth into. One of which I was delighted to be a part of, The Pearly Diner.  The Pearly Diner is a world first event, a restaurant with no menu!  Your imagination is allowed to run wild and the sky is the limit, the only problem is deciding what you want to eat.  If you are among the select few chosen to dine at this other worldly event you were to chose the meal that best suits you. It could be your dream dinner, your favorite food or something that reminds you of a better time.  How exciting!

The Pearly Diner was a secret event organised by some of the North Easts finest chefs, places were allocated via a random lottery which sent the lucky few on a strange and fabulous journey.

I was over the moon when I received my allocation email but also a little confused.  I was told to go to a place called The Bridge Bar & Bistro for 7pm where I would receive a sign.  My first thought was how exciting, closely followed by the remembrance that The Bridge Bar & Bistro is a greasy spoon cafe on the Tyne Bridge, not only that but it had closed down after someone had found broken glass in their fry up.  Not the kind of place I’d have expected for such an amazing evening, but I put my doubts to the back of my mind and focused on getting ready. 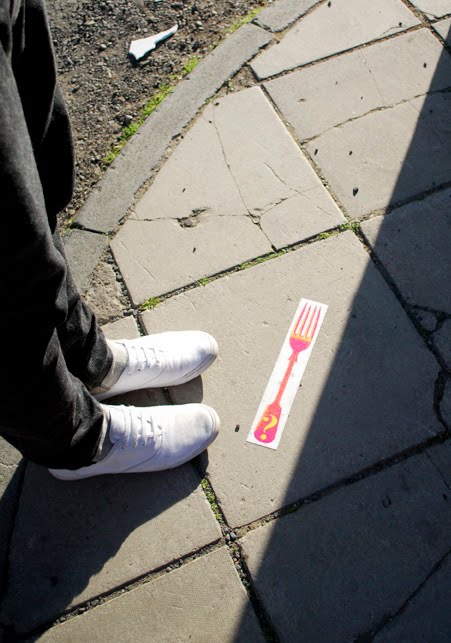 We arrived at the closed Bistro at dot on 7pm only to find the shutters down and other pearly diners milling around outside looking confused.  After about 10 minutes of standing around chatting to the ever increasing number of diners we decided to take matters into our own hands and explore.  We eventually found a sticker shaped like a fork pointing in the direction of the Tyne Bridge.  With nothing to lose we all decided to follow the cutlery. 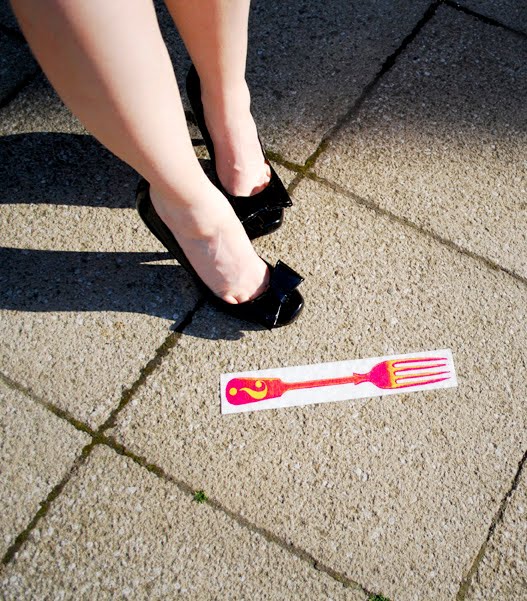 After a five minute trek that felt like miles for myself and the other 5″ heeled women, we found ourselves at the Hilton Hotel.  That’s more like it! 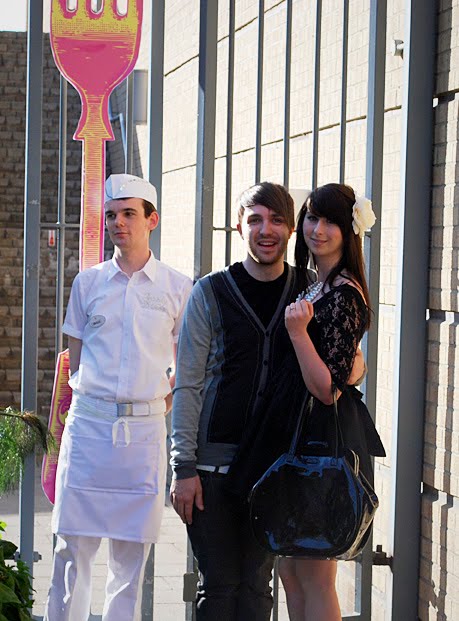 We were asked to enjoy wine on the balcony while we waited to ‘check in’.  One by one we were lead into a little white shed which housed a very clinical experience.  A lady named Muriel gave us a name tag and asked us to fill our name and chosen meal into a large gilded book.  We were then let out of the shed and eventually gained entry into the Pearly Diner. 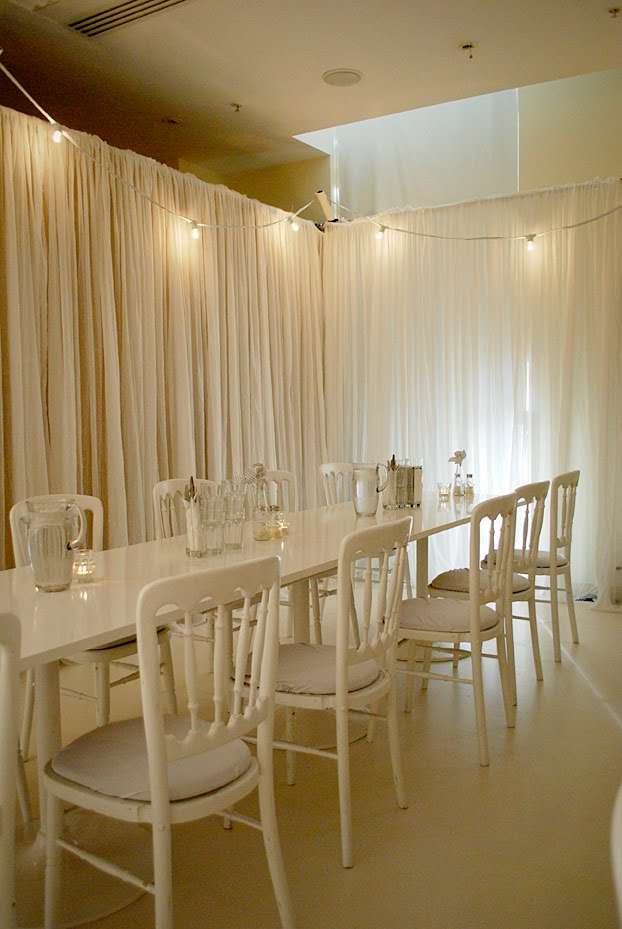 I was instantly taken aback by the beautiful room.  Everything was decked out in white fabric and glitter.  I especially liked the paper roses adorned with the meal choices of all the diners along with the salt and pepper pots filled with tiny pearls. 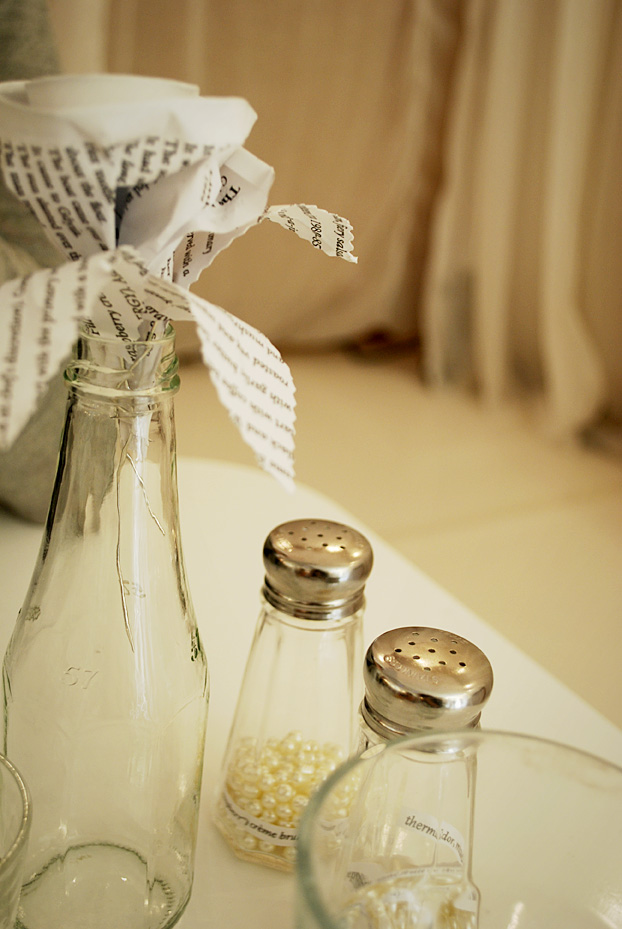 After our newly empty wine glasses were topped up our complimentary starter was served.  The Soup of Life!  We were never told what the soup actually was but it contained a great deal of milky foam, chicken and pasta. 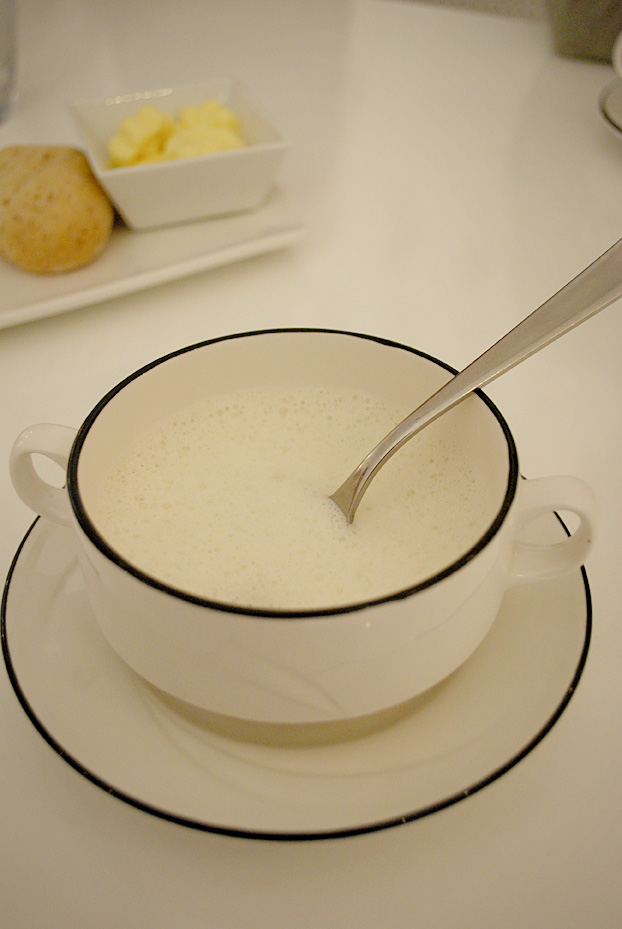 For my main meal I chose a feta crusted rack of lamb with a tomato and olive sauce to be served with fondant potatoes.  I’ve always wanted to try a rack of lamb but never seem to see it on menus, so The Pearly Diner was the perfect opportunity. 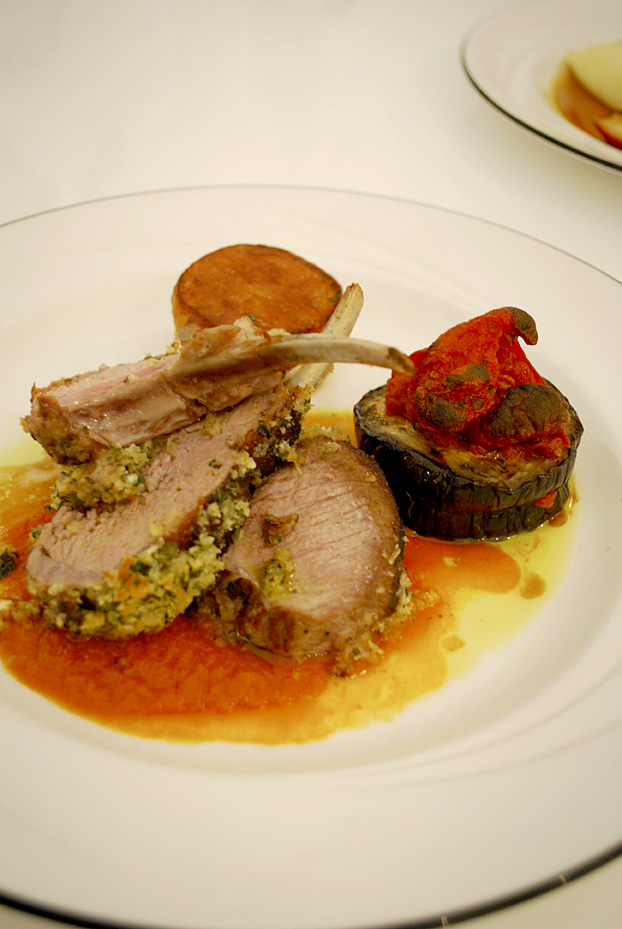 Kris chose a pan fried duck breast with plum sauce and mashed potato.  The duck wasn’t as pink as we would have hoped but never the less it was utterly delicious. 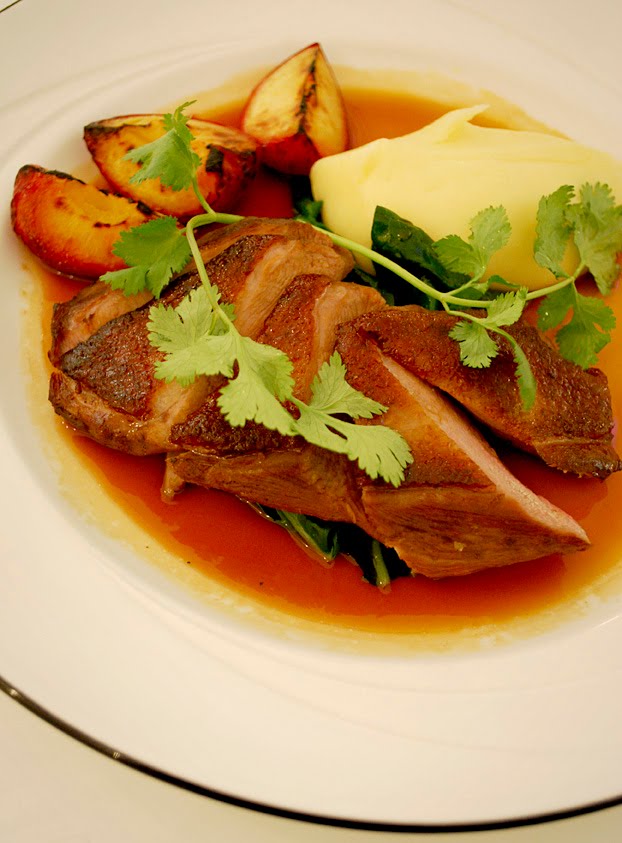 My desert was a caramelized apple tarte tatin.  What I wanted to know was what happened to the rest of it…. 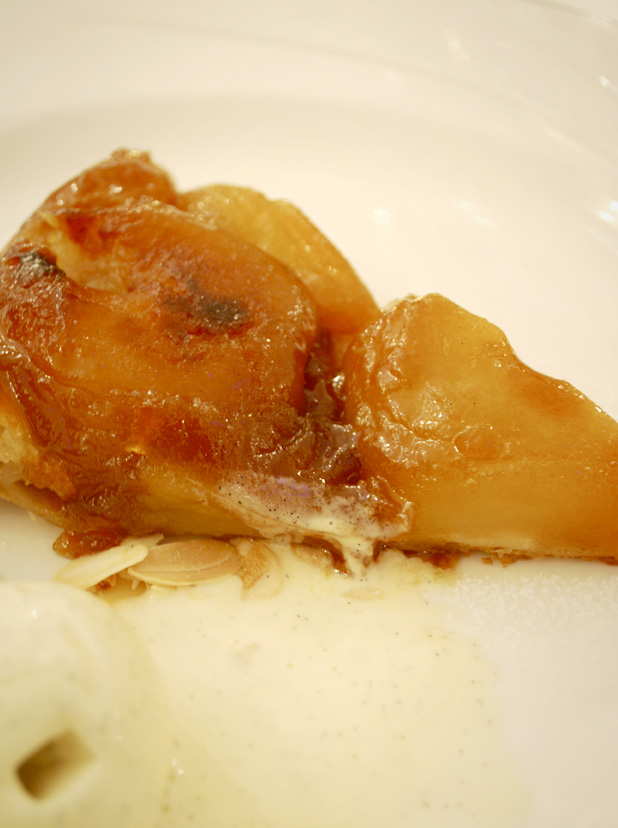 Kris had a chocolate fondant.  His reason, I’ve never been able to cook one properly.  I always over cook the pudding leaving the centre solid.  Unfortunately, the chef had succumb to the same problem as I.  The search for the perfect chocolate fondant continues. 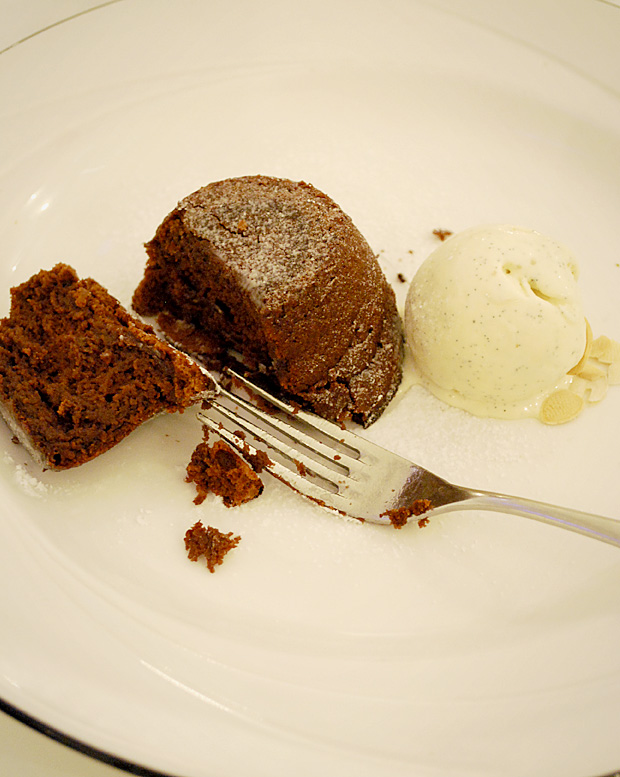 I’m so, so glad I was able to take part in this delicious once in a life time opportunity!  I just hope the chefs know how impressed everyone was with all of their efforts.  Cooking 26 individually chosen meals ever night must be no easy feat. 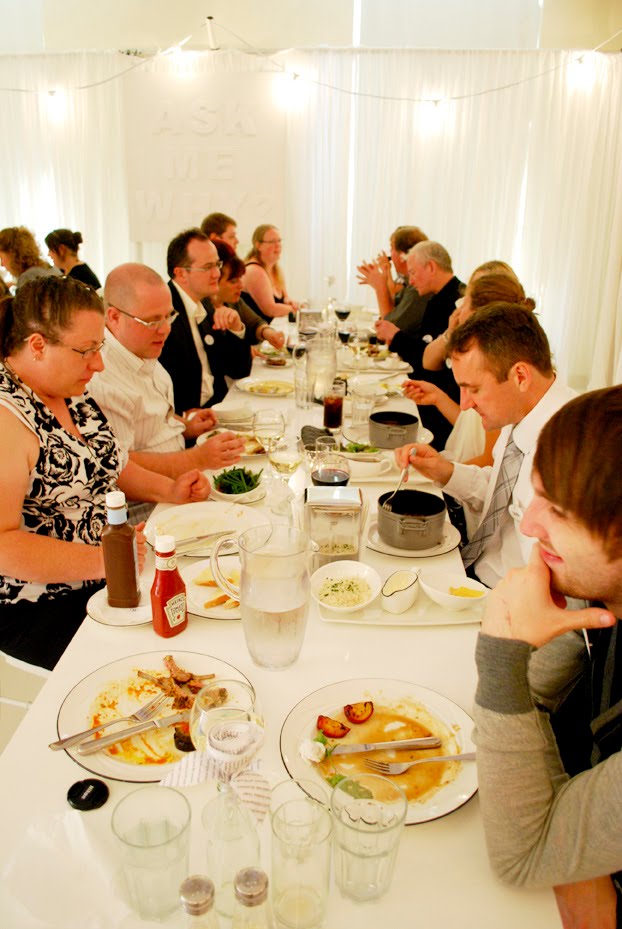 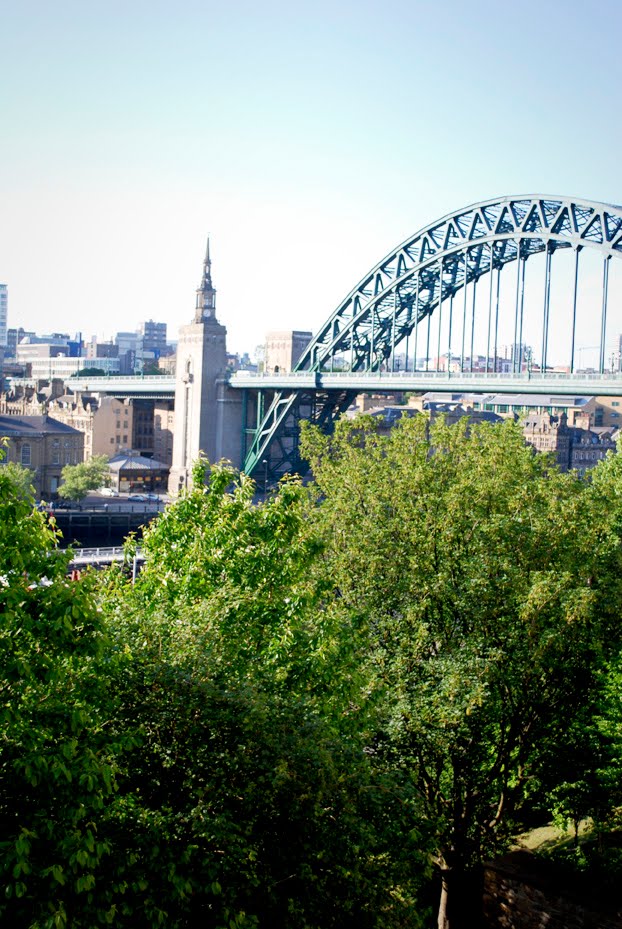