Lordy lordy, am I cupcaked out! And the way Pet Lamb is going there isn’t an end in sight. I’ve been baking solidly for about 2 weeks now, baking, freezing, frosting, selling. It’s a never ending cycle, but I’ve never been happier! Plus, this week marks a huge milestone in my life, but more on that later 😉

This week I’ve been doing some more experimenting with vegan baking, but this time I’ve combined elements of two special diets to create these not only vegan, but gluten free beauties. Flavored with a drop of almond essence combined with the classic vanilla, I’m sure these babies won’t just appeal to celiac’s. 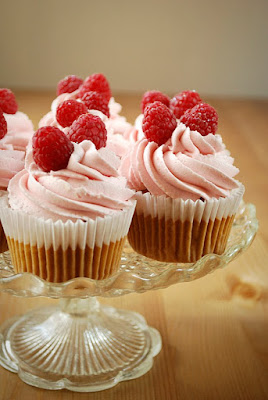 Next on the menu is every Geordie’s favorite drink, magicked into a beautiful cupcake! That’s right, a Brown Ale Cupcake! I can’t bring myself to say Newcastle Brown Ale as they’ve gone and moved the brewery to Yorkshire, heathens! I don’t half miss the smell of the hops drifting over the river come brewing day. Sigh. If I had the patience I would have doodled the Newcastle sky line upon the blue starts, but the last of my patience was spent icing next Sundays SMS challenge :p 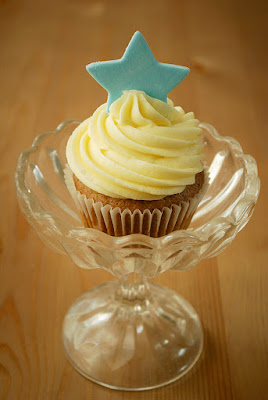 Preheat oven to 175C and line a tray with cupcake papers.

In a large bowl combine the soy milk, oil, sugar and extracts. Mix to combine then add flour blend. Its important to mix the batter very well, remember there is no fear of over beating as there is no gluten to make the cake tough.

Fill liners little over 3/4 full as these cakes won’t rise as much as a traditional cupcake.

Bake for 20-23 minutes or until a toothpick comes out clean when inserted. Let cool completely before frosting.